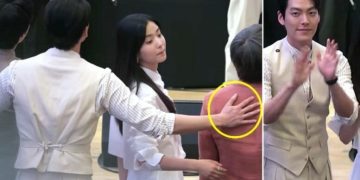 Actor Kim Woo Bin did the “manner hand” gesture to avoid making unnecessary skinship with his co-star.
Recently, at Megabox COEX, in Gangnam, Seoul, a showcase for the star-studded movie “Alienoid” was held successfully.

At the event, director Choi Dong Hoon as well as several cast members, including Kim Woo Bin, Kim Tae Ri, Ryu Jun Yeol, and So Ji Sub discussed various behind stories while filming and shared their thoughts about the work. 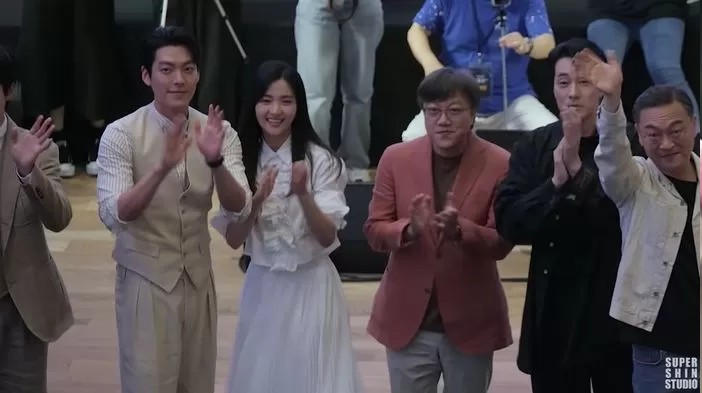 As the showcase concluded, director Choi Dong Hoon and the cast started to line up to take commemorative photos.

It can be seen that Kim Woo Bin had his left hand placed on Ryu Jun Yeol’s shoulder, perhaps to create a friendly atmosphere with his co-star. Normally, one would pose the same with their right hand. However, as to the right of Kim Woo Bin was actress Kim Tae Ri, the actor extended his hand to director Choi Dong Hoon instead, avoiding unnecessary skinship with his female partner. 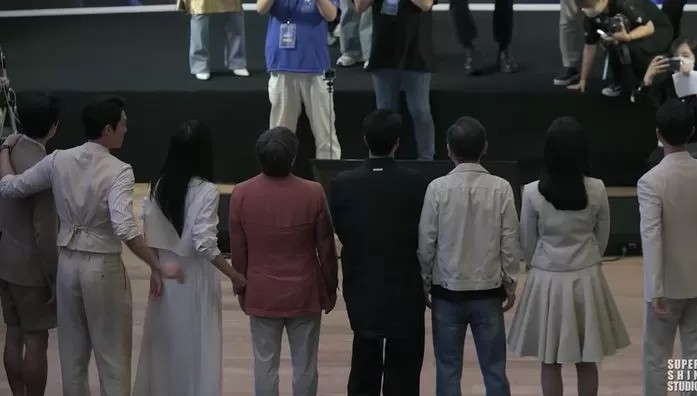 The actor then continued this action until the end of the photo-taking session, never once directly touching Kim Tae Ri. In addition, he also showed a gentlemanly manner by grabbing Kim Tae Ri her water bottle, which was placed on the ground, making it hard for Tae Ri to reach with her dress. 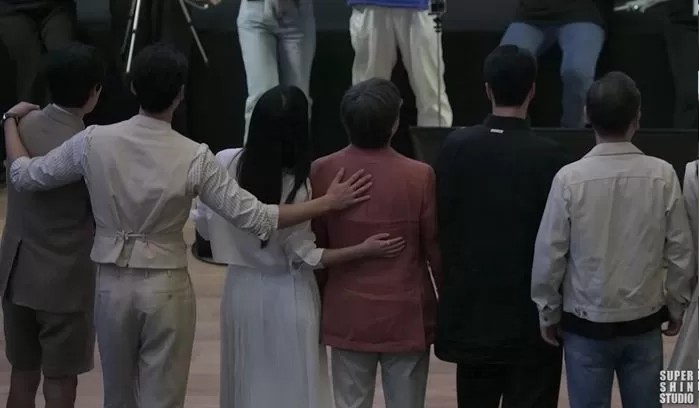 The two’s movie “Alienoid”, which combines modern elements like aliens and time-traveling with Asian Taoists, will bring a fresh plotline with its upcoming release on July 20th,