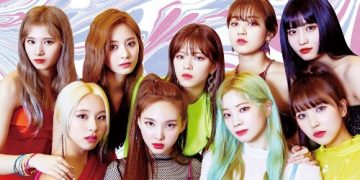 JYPE stated on this day, “Ahead of TWICE’s exclusive contract expirations coming up this fall, all of the members decided to complete their renewals. TWICE, who played a pivotal role in confirming JYP Entertainment’s top status as a K-Pop agency, and JYPE , who acted as a firm pillar of support for TWICE’s growth as a representative girl group in the K-Pop scene, came to an agreement to renew based on mutual trust and loyalty from both sides and a certainty for future progress.”

TWICE, who debuted in October of 2015, is known worldwide as one of K-Pop’s representative girl groups. In 2022, the team became the first ever K-Pop girl group to hold a sold-out stadium show in North America during their 4th world tour, ‘III’.