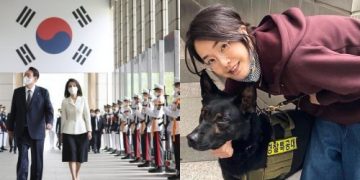 Young Koreans turn to idols Korea’s First Lady Kim Keon-hee!
The first lady of Korea Kim Keon-hee has a trendy and elegant style in both events and daily life that Koreans praise. 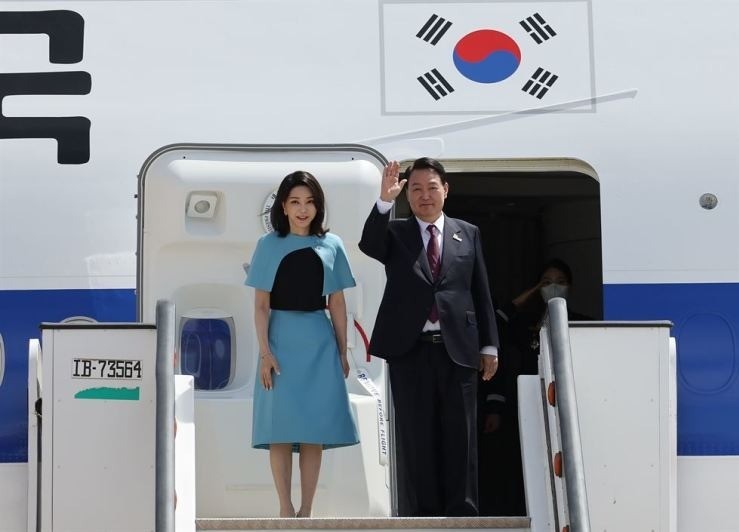 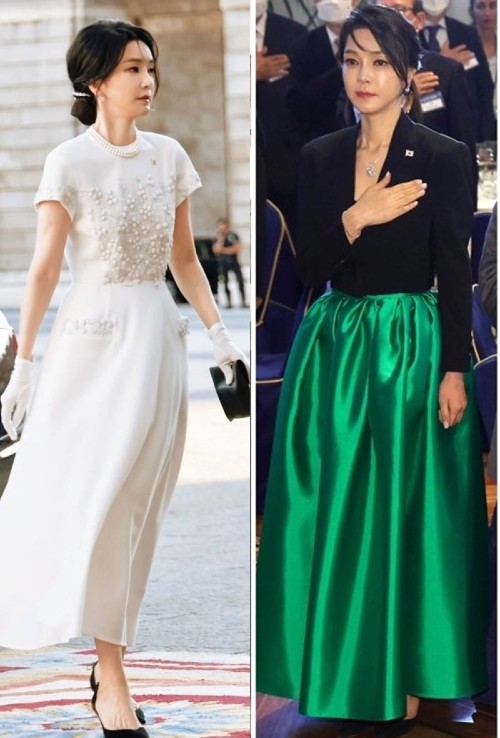 First Lady Kim Keon-hee built an elegant, youthful and trendy style. She often changes clothes to match the nature of the event. When attending a dinner party at the Royal Palace in Madrid, Spain on June 28, she chose a white dress with embossed motifs. Stepping into the Mandarin Oriental Ritz hotel in Madrid to attend a meeting with Koreans in Spain on June 29, she stood out in an emerald green dress with a short blazer. Photo: Yonhap Korea Times 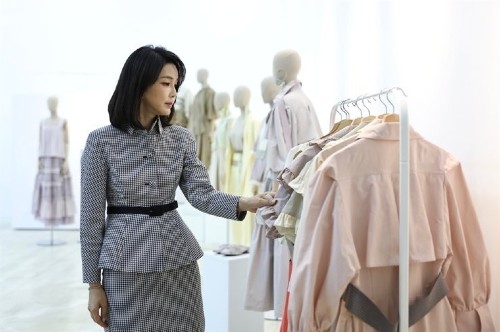 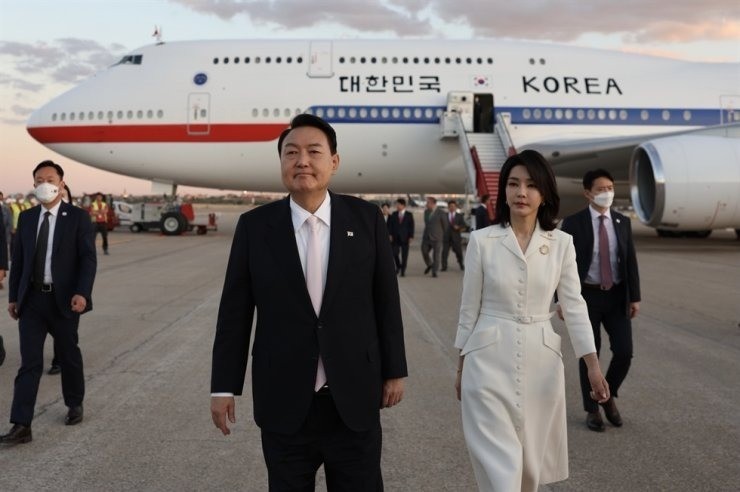 On the first day of arrival in Spain on June 27, at Madrid-Barajas airport, she scored with a white skirt jacket accented with buttons, bag details with large borders to create a liberal look. 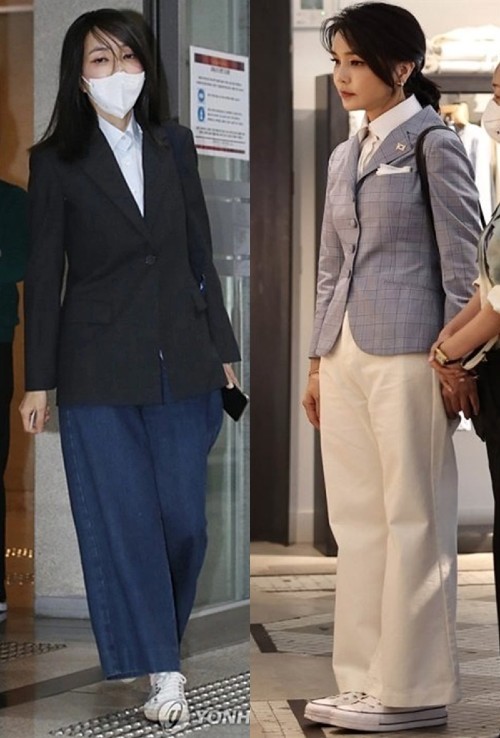 Mr. Yoon’s wife is not afraid to wear out-of-the-ordinary designs. She used to choose a symmetrically cut white shirt and casual pants at an event in June. The First Lady also likes Converse sneakers, often paired with wide-leg pants. 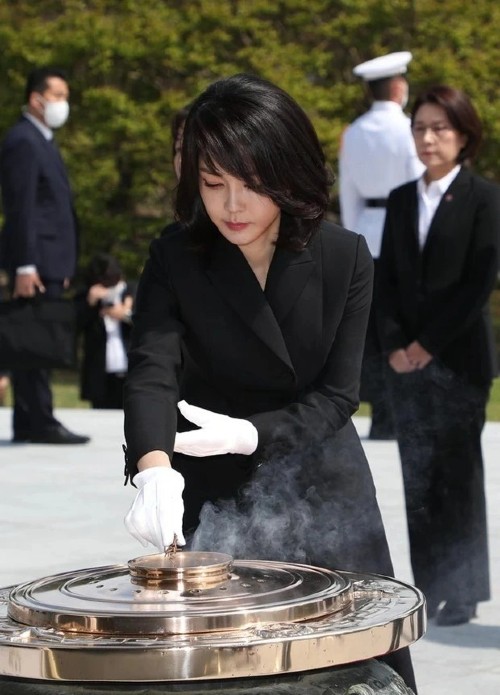 In a black suit without motifs, she is still attractive thanks to her natural makeup and aristocratic lob hairstyle. Photo: Straitstimes 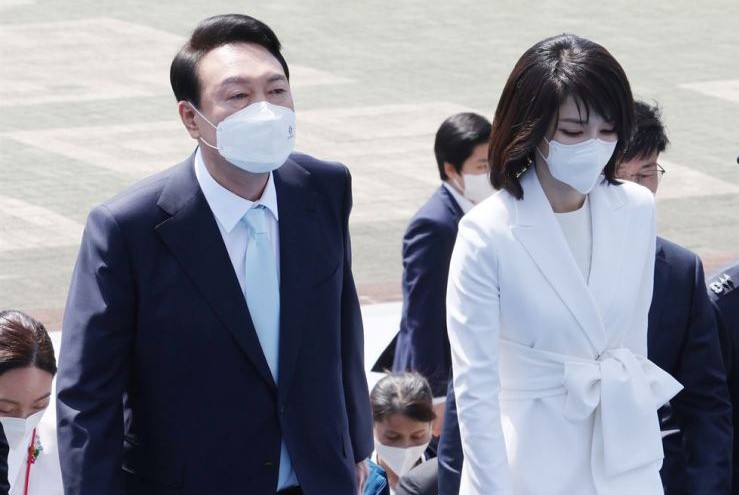 On the inauguration day of her husband – President Yoon Suk-yeol – at the National Assembly on May 10, she wore a white set of skirts and jackets in a minimalist style, matching with a cloth mask. Her choice of clothes is considered harmonious and gentle. 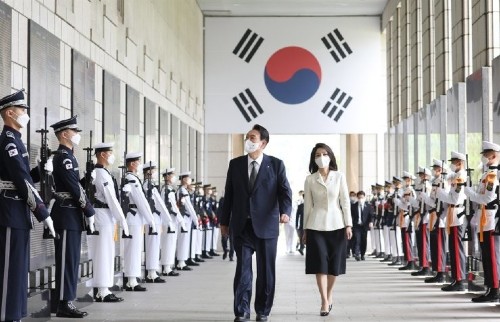 On June 17, the Korean president and his wife appeared at the Korean War Memorial in Yongsan District, Seoul. Mrs. Kim chose a black skirt that went well with her husband’s suit, combined with a blazer with a waistline to create curves, exuding an elegant look. 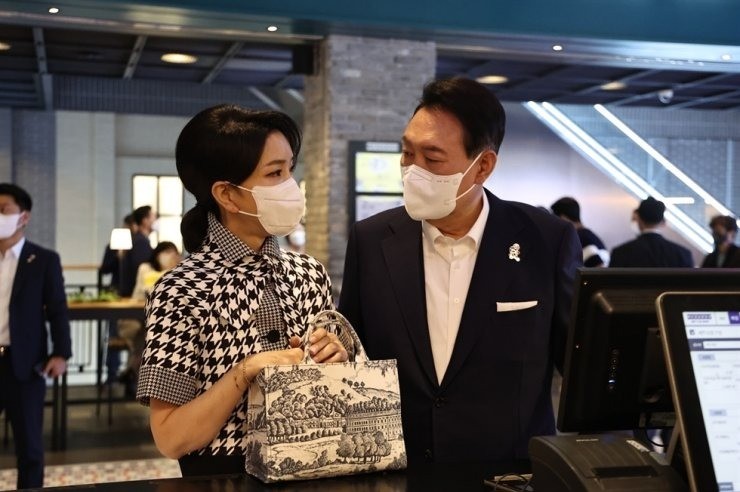 In early June, when going to the movie “Broker” with her husband in Seoul, the first lady showed a trendy look with a wolf tooth pattern shirt – a hot trend in 2019, 2020, and a maple embroidered tote bag scene. 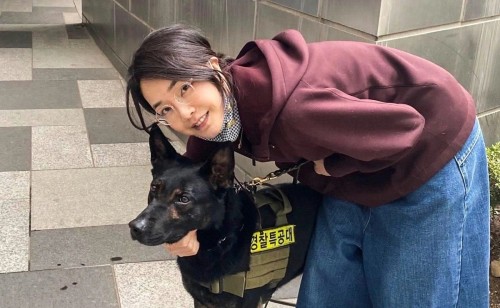 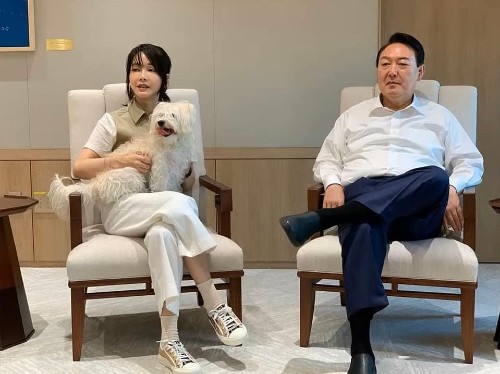 Love animals, Mr. Yoon and his wife raise a pack of pet dogs. Mrs. Kim is sometimes seen wearing low-heeled, loose-fitting doll shoes and walking a few dogs on the sidewalk. On May 29, the two spent time relaxing with them in the presidential office.

The first lady of Korea was born in 1972, majored in painting at Kyonggi University and earned a master’s degree in art education, followed by a doctorate in digital content design. She married President Yoon Suk-yeol in March 2012. In an interview in 2018, she revealed that she had known Mr. Yoon for a long time and that the two were also praised by friends as “worthy”.