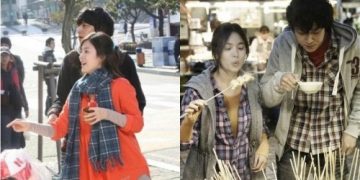 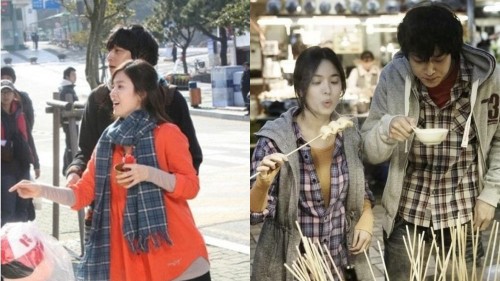 In 2014, Song Hye Kyo and Kang Dong Won collaborated in the cinematic film “My Brilliant Life”, where they played a married couple with a child. Their son, however, was afflicted with the extremely rare genetic disorder progeria, which caused him to age rapidly and looked like an old man despite his young age. 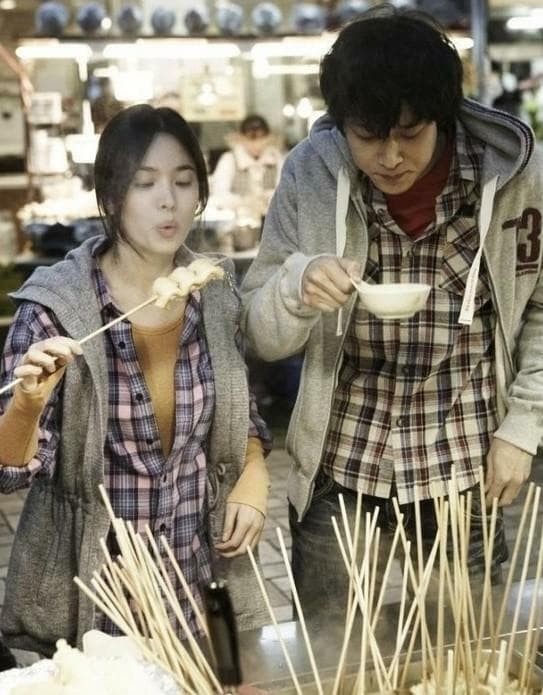 “My Brilliant Life” is all about enjoying every moment of life, from joy to sorrow, in the limited time one have. Despite the movie’s most somber atmosphere, they boasted an extremely sweet chemistry. In behind the scenes footage and on the set alike, the couple was so chummy together, that netizens suspected them of dating.

Previously, the two also met on the set of the 2010 movie “Camellia”. Here, the couple played lovers who had no memory about each other, yet still fell back in love. 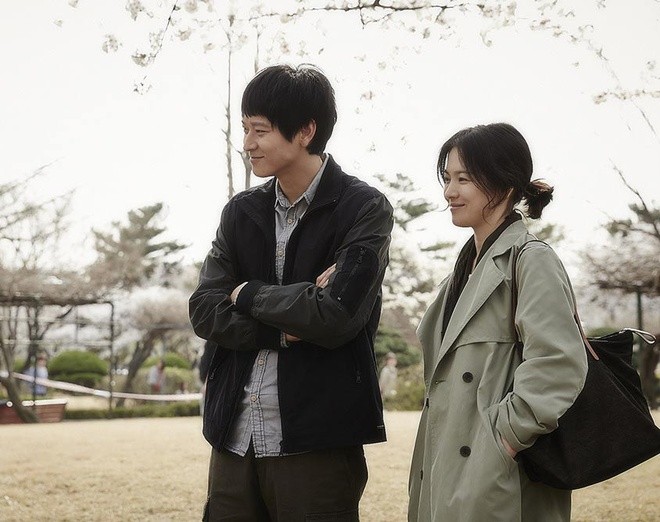 Kang Dong Won also had a wonderful time on the set, and even after filming, dedicated a lot of compliments towards Song Hye Kyo. In May 2014, the two were spotted on the streets of Paris, once again sparking dating rumors.

This news was quickly refuted, with the two’s agency claiming that they were in France for work. The public and fans weren’t quite convinced, however, and for ages later, many still believed that they had a romantic relationship at the time.

In addition, many claimed that the couple were together on many different occasions, and Kang Dong Won himself once admitted to almost falling for Song Hye Kyo due to her beauty. 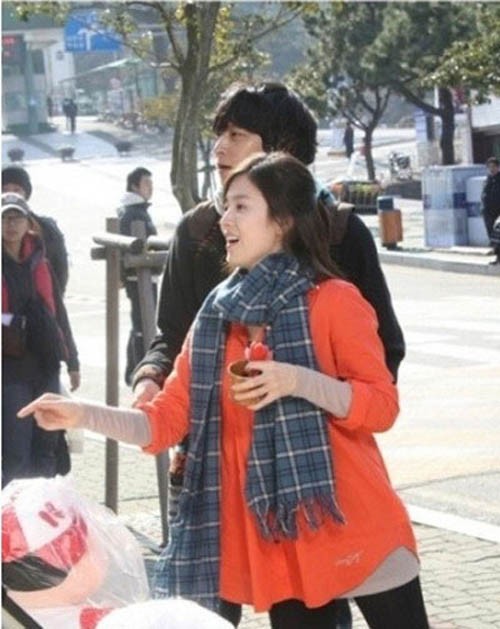 Meanwhile, Song Hye Kyo said that the dating news were funny to them, and during an interview with “Pit-a-pat My Life”, she even shared that she and Dong Won would giggle together at the dating rumors. “It was thanks to Kang Dong Won being a brilliant acting partner that I was able to do my best on the set”, the actress added.

Meanwhile, many self-proclaimed insiders shared that Kang Dong Won indeed fell for her, but his feelings were unrequited. In fact, there were even rumors that the actor switched companies due to Song Hye Kyo’s relationship with Song Joong Ki.

In the end, though, no information was ever confirmed, and the real relationship between them remained a mystery.