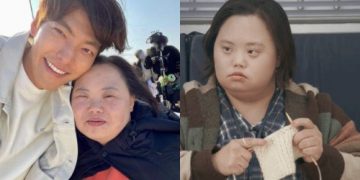 Jung Eun Hye became famous after starring in the movie “Our Blues”. She is also a talented artist and has opened an exhibition of paintings.
Actress Jung Eun Hye – the star of the drama Our Blues just aired on tvN – has a hidden talent in drawing cartoons, the Korea JoongAng Daily said in an article published on June 28. The drama ended on June 12 with an impressive viewership rating of 14.6%. The film revolves around 14 residents of Jeju Island. Our Blues was commended for highlighting many social issues through individual stories. 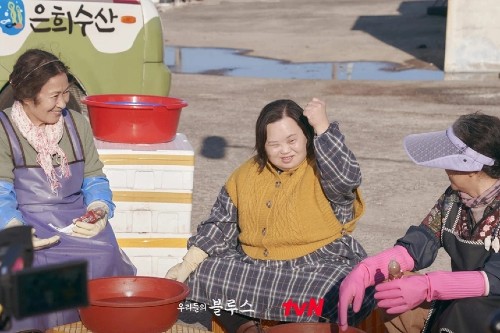 Jeong Jun (played by Kim Woo Bin) is Yeong Ok’s boyfriend. The three of them bond with each other and Yeong Hee’s sincerity and love for her sister is deeply portrayed.

Jung Eun Hye has Down syndrome and was selected by screenwriter Noh Hee Kyeong after working together in the 2006 movie If You Were Me 2. Like Our Blues, If You Were Me 2 highlights her life. people who are fighting social discrimination through individual stories.

Jung Eun Hye acted in the drama Our Blues. 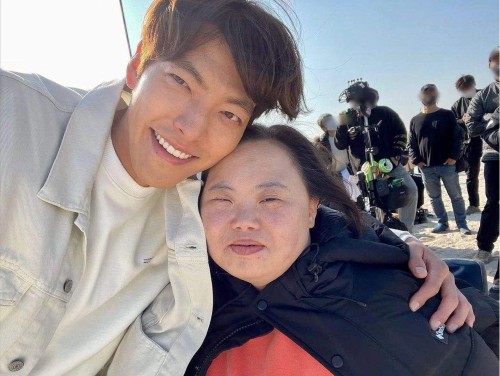 Korea JoongAng Daily identifies Jung Eun Hye as a rising star in the Korean film industry. Notably, recently Jung Eun Hye had the opportunity to share her own personal story through the documentary Please Make Me Look Pretty.

The film has just been released in local cinemas. The film depicts how Jung Eun Hye entered the art world and sold her work. Jung Eun Hye developed into an icon in the market and many people lined up at the exhibition to receive a drawing from her.

Please Make Me Look Pretty is about Eun Hye’s personal growth from being on the verge of a developmental disorder to becoming an artist. She uses drawing as a tool to invite people into the field of art. The drama revolves around Jung Eun Hye and the social development of other artists with disabilities.

Breaking stereotypes about people with disabilities 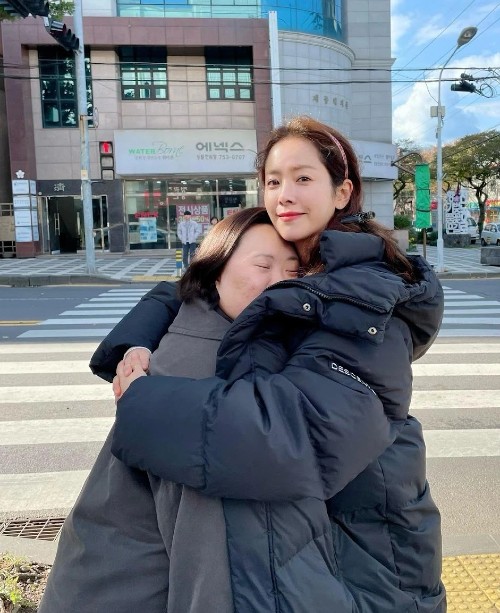 The drama begins with Jung Eun Hye sitting in her room, knitting and talking to herself. “When Eun Hye was young, her mother spent all her earnings on her daughter’s education,” Seo Dong Il said in an interview with Korea JoongAng Daily.

Jung Eun Hye took a photo with Kim Woo Bin and Han Ji Min.
“The money Hyun Sil earns is used to pay for Eun Hye’s treatments and tuition. Those are desperate efforts in hopes of changing Eun Hye’s life or at least making her not look like a disabled person. Eun Hye graduated from Hosanna College – a school for people with intellectual disabilities – but the 26-year-old girl has nowhere to go,” director Seo Dong Il shared.

“She had nothing to do, so she became obsessed in her own room, just knitting, talking to herself and calling imaginary friends. She fights with them, cries, stays up late. This also affects the rest of the family. We don’t see Eun Hye’s future. People are always gloomy and depressed. I myself turned my back on Eun Hye for a while. However, everything changed when Eun Hye started drawing,” the director said.

It was Jung’s mother who discovered her daughter’s talent in drawing when she saw a portrait she drew in 2013. Since the summer of 2016, Eun Hye has been brought to the market on the Moonhori River by her family every second weekend. three out of the month to display the drawings. Located along the Bukhan River, the market allows anyone to sell handmade or self-made products.