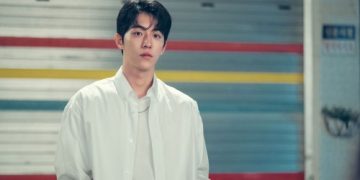 On June 28, a korea page news outlet published an interview with a second individual (hereafter referred to as “A”) who attended high school together with Nam Joo Hyuk and also claimed to have been a victim of school violence at the hands of the actor and his friends. This new accuser, who had not previously spoken to any news outlets or posted about their experience online, stated that they had decided to come forward after seeing that Nam Joo Hyuk’s agency had sued their classmate “B” and denied their claims.

“A” alleged that amongst bullying them into other errands, Nam Joo Hyuk frequently forced them to turn on their smartphone data hotspot against their will and that he constantly took their smartphone in order to buy paid games and in-game items. “During school, Nam Joo Hyuk had my smartphone more often than I did,” said “A.” “Since my parents were the ones who had to pay [for the games and in-game items] that he bought on my phone, I asked him for the money to pay for them, and he responded, ‘Why do I have to give it to you?’ In the end, he never repaid me.”

“A” also claimed that if they turned down Nam Joo Hyuk’s requests or did something that displeased them, the actor and his friends would form a ring around them and then force them to physically fight someone of their choosing. Because “A” did not wish to keep fighting, they allegedly chose to suffer one-sided beatings when they were forced into such a situation.

That same day, Management SOOP officially denied the new allegations made by “A,” stating, “We have checked, and they are groundless.”