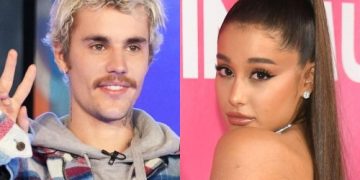 American singers Justin Bieber and Ariana Grande lost about 3.3 billion won each due to the plunge in HYBE (Chairman Bang Si-hyuk)’s stock price.
HYBE’s group BTS announced on June 14th that they would temporarily suspend group album activities, and HYBE’s stock price recorded 141,000 won, down 52,000 won from the previous day (193,000 won) as of June 15th. It was down 26.94% from the previous day. 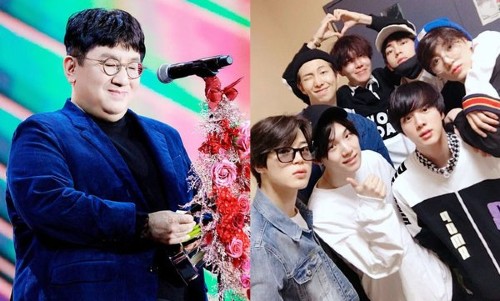 Justin Bieber and Ariana Grande each bought 53,357 shares of HYBE. The purchase-based issuance price reached 210,608 won and the combined investment amounted to about 11.2 billion won. However, HYBE’s stock price fell to 140,000 won, resulting in a loss of about 3.3 billion won each. It is impossible to sell due to the one-year protection deposit (a system that prevents major shareholders or institutional investors from disposing of shares held for a certain period of time when listing or issuing new shares) until June 30th.

BTS and HYBE were puzzled by the sharp drop in HYBE’s stock price. What the members said in the video “The Real BTS Dinner Party”, which was released through the official YouTube channel “BANGTANTV” on June 14th, only meant that they would focus more on individual activities rather than group activities for a certain period of time. It did not mean a complete suspension of group activities or disbandment.

In the video at that time, BTS confessed, “The seven of us are really different. We have different personalities, different tastes and we disagree on more things than we agree”, “It’s a miracle that we even lived together”, “I was afraid that people will hate me if I say I want to rest. It feels like a sinful thing”, “What I want to do and still want to protect is that we can talk happily and do something happily without thinking about the rules of the world when we’re on the stage together”, “I just want BTS to go on for a long time. And for BTS to last long, I think I have to retain who I am”…

As repercussions grew, the agency Big Hit Music belatedly released an official statement that was not originally planned on June 15th. Big Hit Music said, “BTS will start a new chapter by combining team and individual activities for their continuous growth and maturity. It is expected to be a nourishment for BTS to become a long-running team in the future. We will actively support them for this purpose.”

On June 16th, leader RM criticized provocative articles’ titles and said that rumors of suspension of activities or disbandment were groundless. RM added, “It wasn’t like we wanted people to leave their opinions after watching the entire video where we were crying and being emotional. The courage to want to be honest always seems to cause unnecessary misunderstandings and anger.”

HYBE’s CEO Park Ji-won explained in a lengthy email sent to all employees, “BTS members are not considering disbanding the group at all, and there is also no plan for group disbandment. The artists’ message about taking a short break from BTS’ group activities does not mean a complete suspension of activities.”