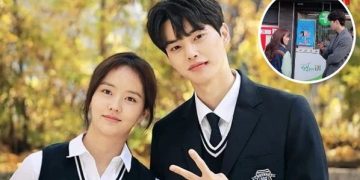 This drama of ‘Song Kang and Kim So Hyun’ was voted as making the audience never want it to have a season 2!

Recently on social networks, Korean moviegoers voted together to vote for the movie Love Alarm 2 as the most unwanted film to be produced, many still wish the producer had not produced part 2. 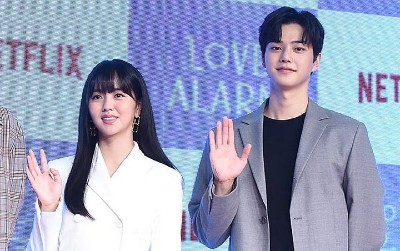 The reason is because this part 2 is given a big setback compared to the success of part 1.
1. What do you think made Season 1 successful? The elements mentioned are the beautiful and intense love of Kim Jo Jo and Hwang Sun Oh that makes viewers’ hearts flutter, or the unique application Love Alarm will tell who will like you. And besides that, it is also possible to mention the appearance of “National Little Sister” Kim So Hyun as the female lead, two unknowns Song Kang and Jung Ga Ram creating a great “chemistry” for the film.

The first 5 episodes are impressive and attractive, where first love blooms and is sweet under the bus station on a rainy afternoon, transmitting positive energy to viewers. It can be said that the crew was very successful with the first footage of Love Alarm.

Sun Oh and Jo Jo, they were destined at the first meeting, giving each other pure yet powerful love. It can be seen that the more beautiful the love, the more painful the breakup. That’s why it’s hard for the audience to accept a forced separation between Jo Jo and Sun Oh.

A series of questions were asked by the audience on the forums: Why did Jo Jo fall in love with each other like that, but she ended her cruel love with Sun Oh? After Sun Oh got into a car accident, he didn’t deserve to be “kicked” like that. Why does Jo Jo, while still attached to Sun Oh, choose his best friend to try to fall in love?

Obviously, at the end of part 1, Jo Jo was still using emotions, and in part 2, she miraculously paired with Hye Yeong. But Hye Yeong is also not wrong in this, he only loves Jo Jo from the beginning to the end and has been by her side for many years, he deserves to receive love.

It’s just the way the scriptwriter put an end to the Sun Oh – Jo Jo love affair so quickly and hard to understand, making him a poor guy.

2. The ending is very frustrating, but very real?

The end of Love Alarm 2 is also the end of the painful love triangle of Jo Jo – Hye Yeong – Sun Oh, and it also created a big wave of controversy on social networks.