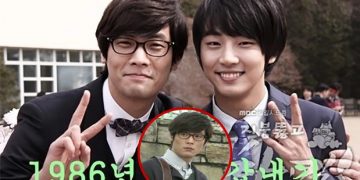 Choi Daniel and Yoon Shi Yoon are the “anesthetic” couple in High Kick 1 season 2, released in 2009. The handsome looks are very loyal, sweet, gentle with the girl he loves, the couple. – This grandchild makes the audience “remember”, especially when both do not have a happy ending, the person dies, the yin and yang are separate from the crush.

Taking on the role of uncle – grandson is a generation apart, many people still think that Choi Daniel must be ten years older than Yoon Shi Yoon. In fact, the two are the same age, born in 1986, and closed Family Is Number 1 when only 23 years old. 23-year-old playing an 18-year-old male student is not too much of a challenge for Yoon Shi Yoon while Choi Daniel has to make himself look old to play an “uncle” U40. 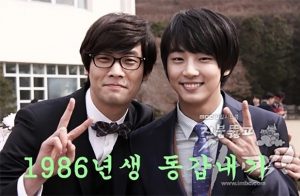 At the time of filming High Kick 1 season 2, Choi Daniel had been acting for 4 years while Yoon Shi Yoon was still just a rookie who had just joined the entertainment industry. Whether they are rookies or have experience in acting, both of them changed their lives thanks to this hit sitcom. After Family Is No. 1, the two are loved more, easily receiving heavier lead roles. However, both could not be promoted to A-list stars, only stopping at “domestic” film projects that did not resonate strongly in the Asian market. 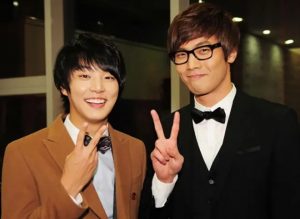 When filming High Kick 1 season 2., both were only 23 years old

Currently, Yoon Shi Yoon is making an impression with the male lead role in the weekend drama It’s Beautiful Now. Although it is a work with extremely impressive ratings, always above 20%, but like Yoon Shi Yoon’s previous projects, It’s Beautiful Now is just an anonymous work in the international market. As for Choi Daniel, it’s been 2 years since he appeared on the small screen. In return, in the near future, he is expected to reappear with the main role in 2 movies, Flying Butterflies and Today’s Webtoon. In particular, the movie Today’s Webtoon is highly anticipated because of the presence of the beautiful beauty Kim Se Jeong. Most likely, this will be the project that helps Choi Daniel shine more in the Asian market.

Currently, the couple of the same age has turned 36 years old. Compared to 13 years ago, the two have not changed much, still very handsome and elegant. In particular, there is no longer an age gap between the two today, even compared to Yoon Shi Yoon, the current Choi Daniel is somewhat younger.