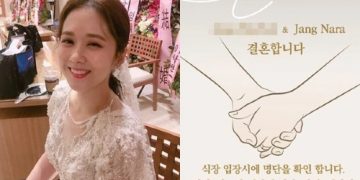 The image of Jang Nara’s wedding invitation was shared by YTN News today.

Jang Nara’s wedding card is designed simply with the main white tone, printed with the bride – groom’s name, a drawing of two hands holding each other with the message: “We are getting married”. 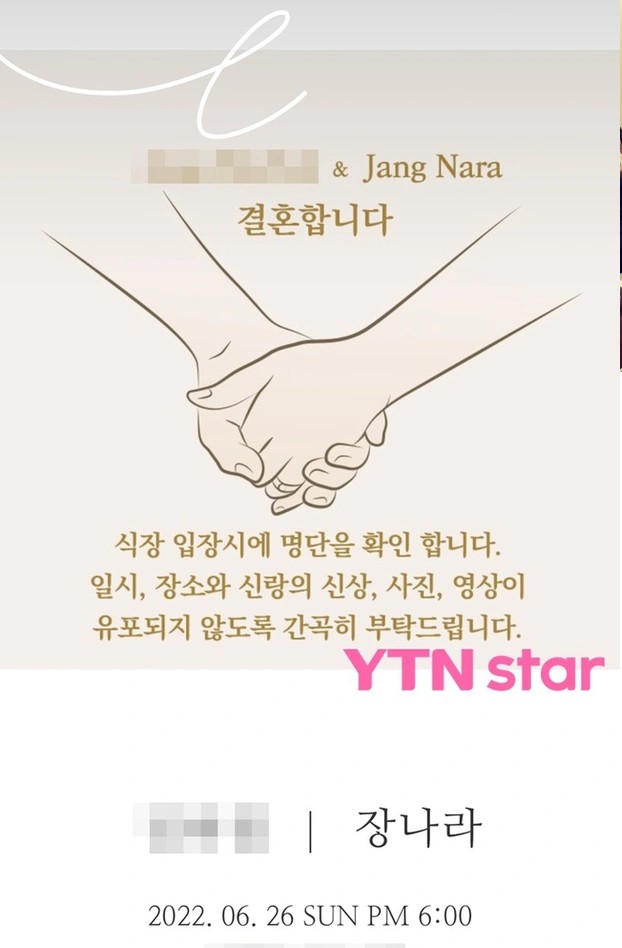 It is known that Jang Nara’s husband is a cameraman, 6 years younger than the actress. The two met and fell in love during the filming of the movie VIP starring Jang Nara. Because the groom is not a celebrity, Jang Nara asked not to reveal her husband’s identity and the wedding was also held privately including her family and friends. 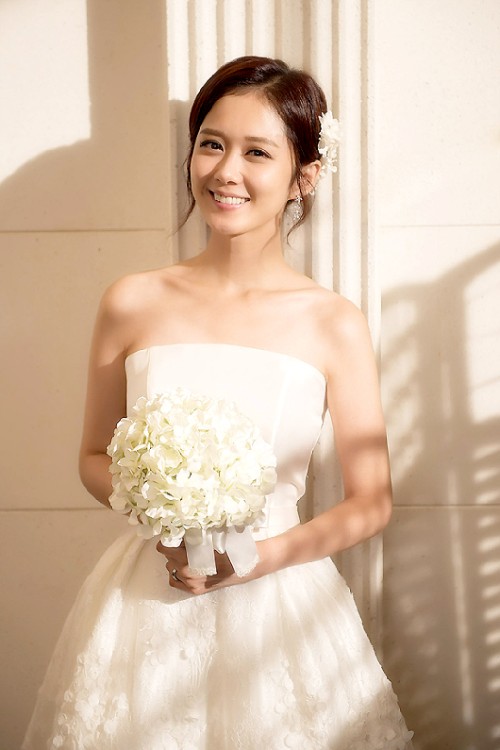 Previously, on June 3, Jang Nara suddenly announced her marriage. Jang Nara said that she loves her boyfriend’s sweet smile, integrity and kindness. The two have been secretly dating for 2 years.