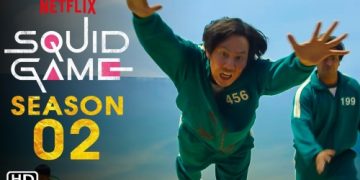 The Hollywood Reporter revealed that the megahit series ‘Squid Game’ will be made into an actual real-life game where 456 competitors will be competing for an enormous cash prize of 4.56 million USD.

According to the media outlet, Netflix is planning to launch a real-life ‘Squid Game’ series titled ‘Squid Game: The Challenge.’ Although the competitors will not be risking their lives, there will be 456 players, each going through a series of games for a chance to win a cash prize.

Netflix explained that, “the payout is the largest lump-sum cash prize in TV history, and that the show likewise also sports the largest competition series cast ever assembled.” According to The Hollywood Reporter, the reality show will consist of 10 episodes and is already open for applications at squidgamecasting.com for those who are willing to take part in the challenge.