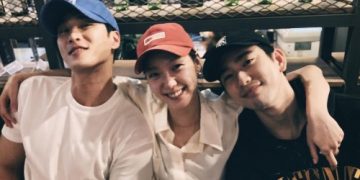 They might be locked in a love triangle on screen, but Ahn Bo Hyun, Kim Go Eun, and GOT7’s Jinyoung are good friends in real life!

On June 11, Ahn Bo Hyun took to Instagram to share several adorable photos of himself hanging out with his “Yumi’s Cells 2” co-stars.

Playfully referring to their characters’ names in the drama, he wrote in the caption, “Woong Yum Bab,” then added the hashtag “#YumisCells2.” 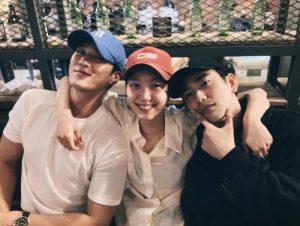 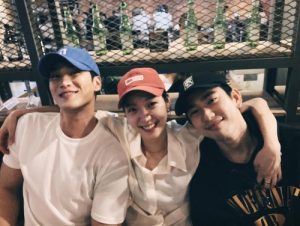 Based on the popular webtoon of the same name, “Yumi’s Cells” tells the story of an ordinary office worker named Yumi—from the point of view of the many brain cells in her head controlling her every thought, feeling, and action. The first season of the drama aired in autumn 2021, and the second season premiered this weekend.