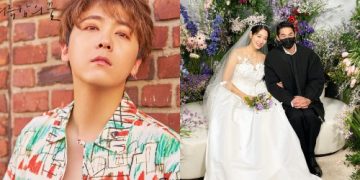 Park Shin Hye was discharged from the hospital to attend her brother’s wedding a week after giving birth to her first son!

The singer and actor appeared as a guest on the June 8 episode of MBC’s “Radio Star,” where he told the story of a particularly nerve-racking performance he recently gave.

Lee Hong Ki explained that while he doesn’t usually get nervous before his performances, he had gotten atypically nervous before singing at Park Shin Hye and Choi Tae Joon’s wedding back in January.

“I recently sang a congratulatory song at Park Shin Hye’s wedding,” said Lee Hong Ki. “I actually went with my mother, because my mother is friends with Shin Hye’s mother and Tae Joon’s mother [from back when we were all child actors].”

“There’s a song that I sang on the OST for Park Shin Hye’s drama ‘Heirs‘ called ‘I’m Saying,’ and it’s extremely high,” he continued. “The thing is, I don’t usually warm up my voice even before performing on music shows, but I realized that I would have to warm up this time. Because there were so many celebrities there. It looked like an award ceremony.” 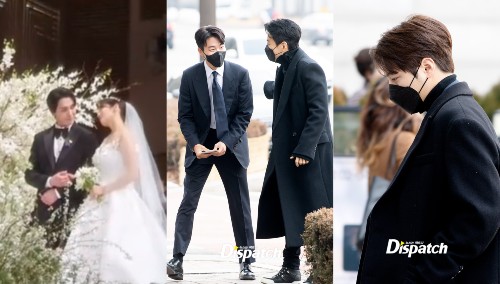 However, it wasn’t just Lee Hong Ki who got nervous looking out at the A-list crowd in attendance.

“Unfortunately, I was the first up to perform,” he recalled. “But thankfully, the second congratulatory singer was Kyungsoo [EXO’s D.O.]… and just as I was about to sing, I looked behind me, and Kyungsoo was also trembling with nerves. I found comfort in that, and I did my best to sing well.”