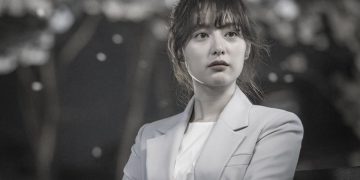 On June 10, According to Chosun, Salt Entertainment announced that actress Kim Ji Won has decided not to renew her contract with the label.

The label stated, “Salt Entertainment will be concluding the management duties of actress Kim Ji Won. It has been decided that we would be parting ways with the actress while cheering on her future endeavors.”

The label added on, “We would like to thank Kim Ji Won for the time she spent working alongside our staff across many memorable productions. We sincerely wish her the best in her future projects.”

Meanwhile, Kim Ji Won debuted as a CF actress in 2010. She went on to star in dramas such as ‘High Kick! Revenge of the Short-Legged’, ‘Heirs’, ‘Descendants of the Sun’, ‘Fight For My Way’, etc. She most recently starred in JTBC’s ‘My Liberation Notes’.