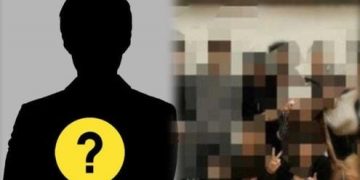 “I can’t help but cry whenever I think about those days”, A claimed to have been hit mercilessly by B, a member from one of the most famous idol groups of K-pop’s first generation who still has so many fans.

A, who was a trainee under the entertainment company where B was the CEO, recalled, “In 2016, B called me to the CEO office with a company’s producer. At that time, B brought up the topic of music that was popular from the 70s to 90s, saying ‘To become famous, you have to sing these songs unconditionally’”.

A continued, “I wanted to run away immediately but I was afraid that I would be accused of violating the contract if I was absent from the practice so I still went to work the day after I was assaulted”, adding, “B called me out separately and explained that why he had to hit me.”

A said, “B blamed the responsibility on me, saying ‘You were the cause, I did not do anything until you threw a stone at me. Anyone would get angry in that situation’.”

A, who was in great shock because he didn’t get an apology until the end, said he cried just by thinking about the day he met B and the day he got assaulted by B. In the end, A gave up his dream of being an idol and terminated his contract with the company. A said, “Because of that overwhelming shock, I gave up everything and decided to enlist in the military. I couldn’t do anything else because I was afraid of B”, adding, “I don’t want anything but a sincere apology from B. I hope other trainees will not give up on their dreams.”

Meanwhile, A also released a group photo taken in the practice room of the company at that time.

The authenticity of the article has not been confirmed but Internet users are already guessing the identity of B based on the fact that he was a first-generation idol who managed a company.