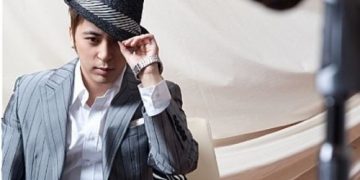 According to Chosun, Lee Sang Hoon – a former member of the group QOQ – died on June 4 after being treated for cirrhosis of the liver.

In the last days of his life, the male singer’s health was weak, unable to eat and drink. However, family members shared that Lee Sang Hoon kept an optimistic spirit, fighting strongly with the disease.

Family representatives said they wished to receive privacy at this time.

Lee Sang Hoon (born May 11, 1985) has a handsome appearance with a height of 1.77 m. He joined the boy group QOQ in 2002. The male singer is active and known to the audience through the songs Go Away, Lula…

However, in December 2020, the group had a serious traffic accident while on tour. Many members of QOQ including Lee Sang Hoon were seriously injured. After the accident, the group could not function, leading to disbandment.

In 2007, Lee Sang Hoon returned to Korean showbiz as a singer. He took the stage name Coolapica to operate. Three years later, the male singer changed his stage name to Mazik Flow. At this time, Lee Sang Hoon is known for composing music.