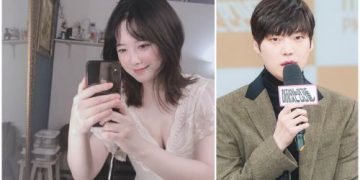 If you follow the 8 pieces of memories in the list, you can get a glimpse of Ahn Jae-hyun’s modest life with the story of him becoming a more generous and attractive person and photos he left to remember his small daily life moments.

Na Young-seok PD’s message was written on the cover of the photo essay book. Na PD said, “This is Ahn Jae-hyun’s little consolation to those who want to escape from their reality for a while”.

As his love for reading books has been revealed through past interviews, curiosity is added to Ahn Jae-hyun’s new side as a writer.

Ahn Jae-hyun’s first photo essay, “List of Things to Remember”, will be available at online bookstores starting from June 2nd and offline bookstores across the country on June 8th.
However, netizens also have a lot of people who have expressed their concern when Ahn Jae Hyun’s ex-wife Goo Hye Sun has also published a number of books, but there are many hidden accusations against her ex-husband. This time, fans are especially afraid that Ahn Jae Hyun will also use the pen to rekindle the war with his ex-wife.