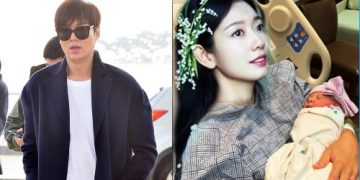 ‘Ex-rumored boyfriend’ Lee Min Ho sent a special gift to Park Shin Hye after she gave birth.
On May 31, actress Park Shin Hye officially gave birth to her first son. Fans and friends have congratulated the newlyweds Park Shin Hye and Choi Tae Joon.
At the same time, she not only received the care and attention of her husband and family, but she also received a lot of special care, especially gifts from her fans as well as her friends and colleagues.
Among them, as revealed on Pann, actor Lee Min Ho, who worked with her in the movie “The Heirs”, also sent gifts to congratulate her and her husband on welcoming the new member.
It is known that it was a luxuriously decorated fruit basket that was sent directly to the hospital so she could eat them to replenish her vitamins.
Previously, Lee Min Ho also attended Park Shin Hye’s wedding and gave many wishes to his close friend. 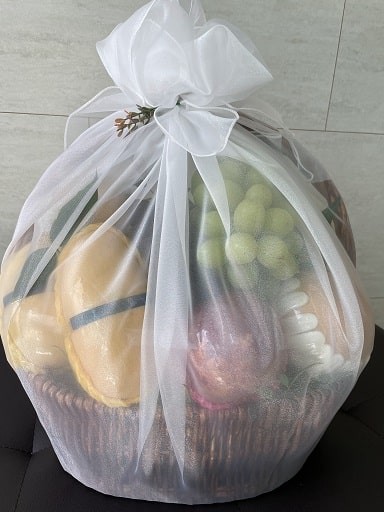 The two were involved in dating rumors in May 2017 but at that time they confirmed that they were just close friends. In March 2018, they acknowledged their relationship and got married after 5 years of love.

In November 2021, Park Shin Hye announced that she was pregnant with her first child. At that time, the actress sent a message to fans, “I want to be careful when sharing this information because it’s too early. However, a precious life came to me in the process of preparing for the wedding.”