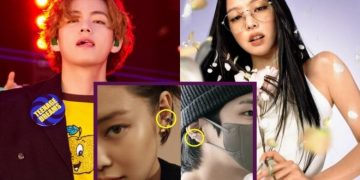 Rumors surrounding the relationships between BIGBANG’s G-Dragon, BTS’s V, and BLACKPINK’s Jennie are still spreading.
On May 29th, in a Korean online community, a post titled “V was wearing earrings that Jennie modeled for today,” was posted. The post includes a photo of V at the airport to depart for the US in the morning of the same day. And the original poster pointed out that V appeared wearing Chanel earrings, which Jennie became a campaign model for. 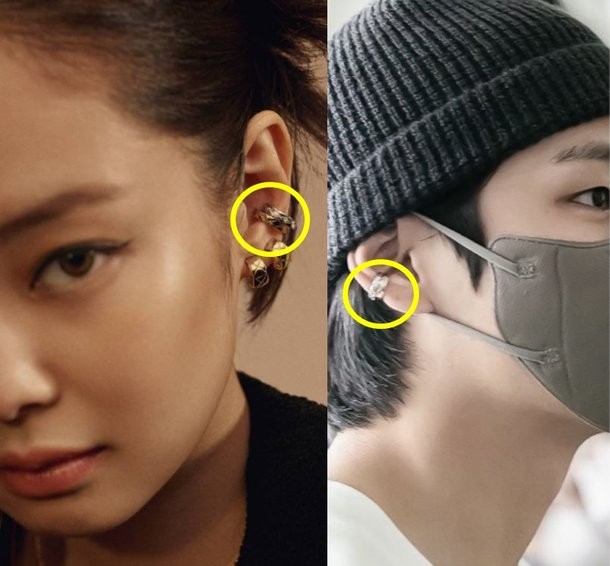 However, there is a difference between the actual product photo and the shape of the earrings V was wearing, so some netizens are not convinced these are Jennie and V’s couple earrings.

In addition, there have recently been claims in various online communities that Jennie and G-Dragon dated until last month. 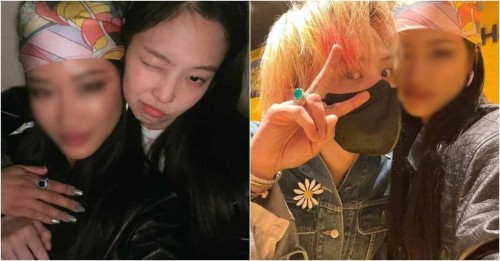 Netizens pointed out two photos taken by Jennie and G-Dragon with a woman in early April and believed the photos were taken on the same day based on the bandana and earrings that the woman was wearing. This makes netizens speculate that up until April, G-Dragon and Jennie were still together.

Earlier, on May 23rd, Jennie and V were caught up in dating rumors when photos of them dating on Jeju Island were uploaded. Since Jennie was previously assumed to be G-Dragon’s girlfriend, rumors of her parting ways from BIGBANG’s leader also sparked at the same time. 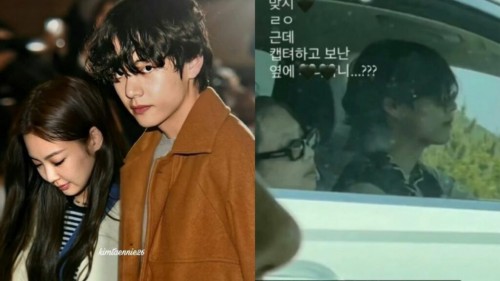 Later, when Jennie and V both posted black-and-white photos of themselves on Instagram, speculation arose about whether it was an indirect acknowledgment of their romance. Also, when G-Dragon posted a picture that shows an English paragraph on his Instagram a few days ago, netizens interpreted the phrases and started rumors that he was taking a jab at V and Jennie. 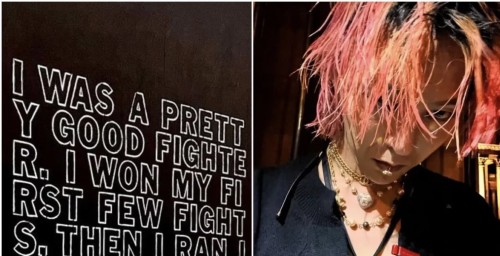 Moreover, as various netizens spread that the photos of the Jeju date, presumed to be V and Jennie, were actually a male model named Taek, lots of comments were left on Taek’s Instagram asking if it was him. 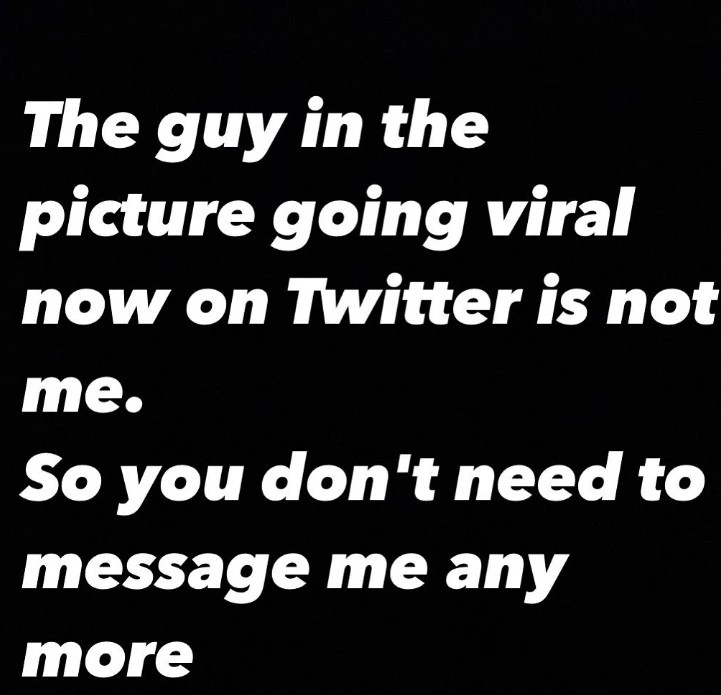 In response, the model also countered through his Instagram, confirming he is not the man in the photo and asking for netizens to stop sending him messages. Taek’s girlfriend also spoke up. She explained, “The more I explain it, the more strange things become, so I get dizzy. To start with, both of us were not in the car. We went to Jeju Island in April. The recently uploaded photos of Jeju Island were the only photos we took at that time.”

Currently, while both YG and Big Hit have not released any response, the explosive interest of netizens surrounding G-Dragon – Jennie – V and baseless speculations about their relationships are just unstoppable, raising concerns.