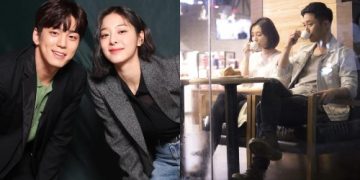 It’s usually always a given that the main couple will bring you all the feels and emotions that come with watching K-dramas. But sometimes we are pleasantly surprised when we see the second couple exuding great chemistry. By the end of the series, they are almost as great as the main couple! There have been a fair share who have been unforgettable, and here are seven second lead couples who have displayed the best chemistry.

1. Sunny and Grim Reaper in “Goblin” 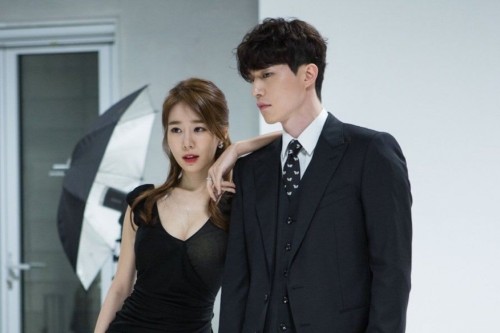 Any avid K-drama watcher knows the power and hold that Sunny (Yoo In Na) and the Grim Reaper (Lee Dong Wook) have on their fans. The series stars Gong Yoo as a 900-year-old goblin named Kim Shin who must await his bride in order to be immortal. This bride is Ji Eun Tak (Kim Go Eun).

Parallel to this love story is the Grim Reaper who falls head-over-heels in love with Eun Tak’s boss, Sunny, who owns a fried chicken restaurant. To say their chemistry is perfection is an understatement. Fans couldn’t help but adore the pair so much that the two stars ended up in another K-drama together shortly after called “Touch Your Heart.” 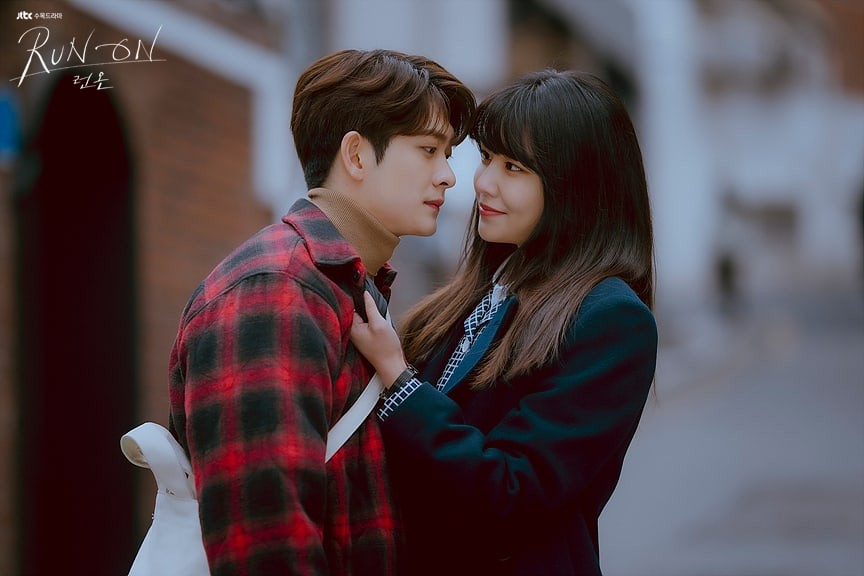 Sooyoung plays Seo Dan Ah, a strong and independent sports agency CEO who meets Lee Young Hwa (Kang Tae Oh), an art student. Dan Ah is friends with Oh Mi Joo (Shin Se Kyung), and despite their contrasting personalities, they form a strong sismance. The fireworks between Dan Ah and Young Hwa are so evident as Young Hwa wears his heart on his sleeve when it comes to his feelings for Dan Ah. The two fall passionately in love with each other while admiring and emotionally connecting with the artwork that Young Hwa produces. It’s an artsy and beautiful romance.

3. Yoon Myung Joo and Suh Dae Young in “Descendants of the Sun” 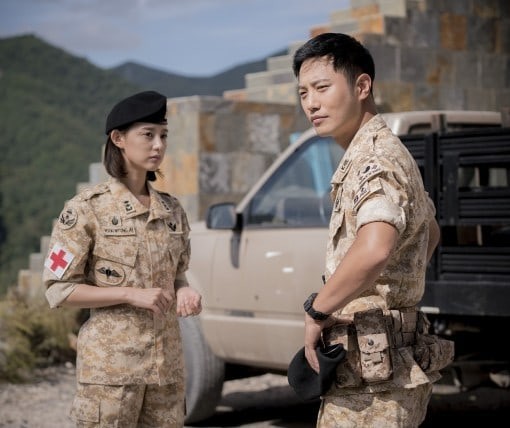 In this classic K-drama, Kim Ji Won stars as Yoon Myung Joo and Jin Goo stars as Suh Dae Young. They are both soldiers in the military, with Myung Joo specifically being a surgeon. From the start of the series, the two are already in love but are separated, dealing with the pressures of their different social backgrounds. The love and interaction between these two is so heartbreaking at times but also so endearing. The constant struggle between heart and logic is what really drew viewers in. You really couldn’t help but root for the two to end up together! 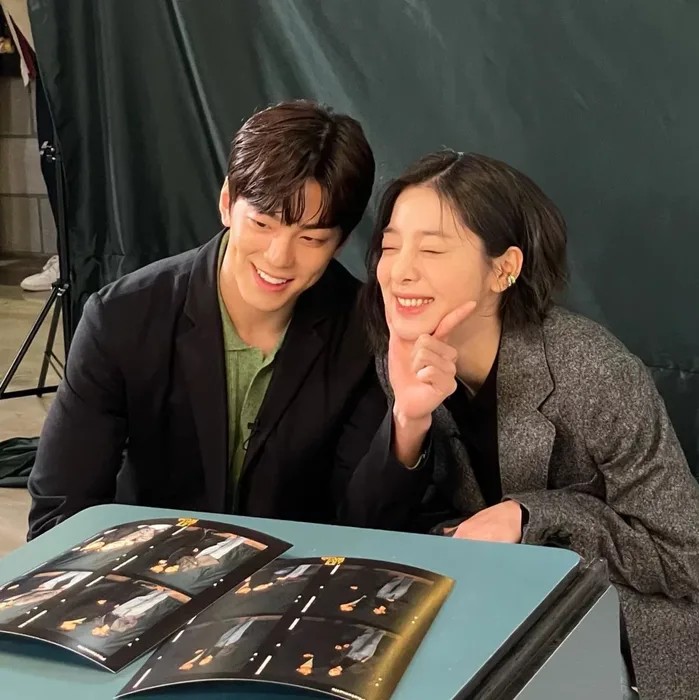 While it may have been near impossible to live up to the adorable and fiery chemistry between Ahn Hyo Seop and Kim Sejeong, the second couple in “A Business Proposal” did a good job. With Kim Min Kyu as Cha Sung Hoon and Seol In Ah as Jin Young Seo, how could any of us every forget that steamy kiss scene involving the discarding of glasses?

The second couple relationship in this series gained a lot of popularity throughout the world as fans couldn’t help but love the intensity in which their relationship blossomed. It was mature, steamy, and had the perfect amount of passion to keep viewers engaged in their storyline. There were many times throughout the series where you couldn’t wait to get to their scenes! 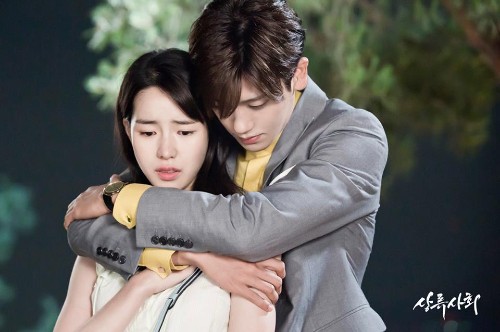 The second couple in “High Society” definitely outshined the main couple in so many ways – chemistry being one of them. Lee Ji Yi, played by Lim Ji Yeon, is a poor girl who is very realistic about the world she lives in and her relationships. So when the CEO of her company, Yoo Chang Soo (Park Hyung Sik), comes into her world and falls in love with her, she knows that it’s bad news. Seeing Chang Soo and his desperate desire to want to be with Ji Yi is so swoon-worthy to watch and it definitely brings another layer of depth to the series. It also showcased Park Hyung Sik’s ability as an actor, as there were several very emotional scenes where his character shed tears out of love for Lee Ji Yi! 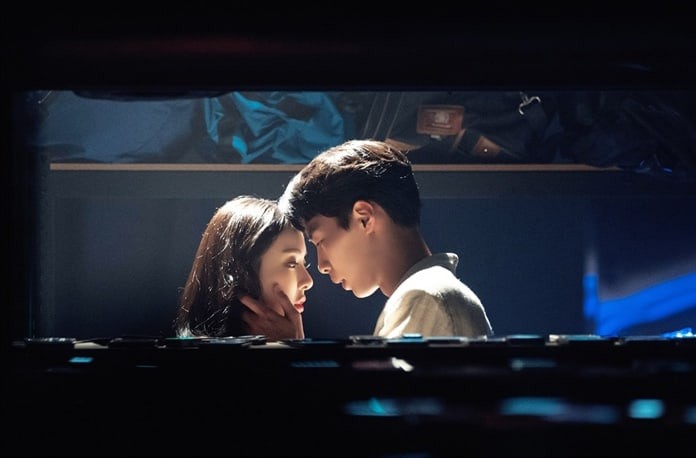 “Search: WWW” stars Jang Ki Yong and Im Soo Jung in a noona romance, with the high-paced and intense backdrop of a web portal company. There is a lot of competitiveness with the female leads in the series, but Bae Ta Mi (Im Soo Jung) is able to befriend Cha Hyun (Lee Da Hee). When Cha Hyun meets and falls in love with Seol Ji Hwan (Lee Jae Wook), the fireworks are apparent. The anticipation of the budding romance between the two, and ultimately that hot and steamy kiss, is more than anyone could have ever anticipated. 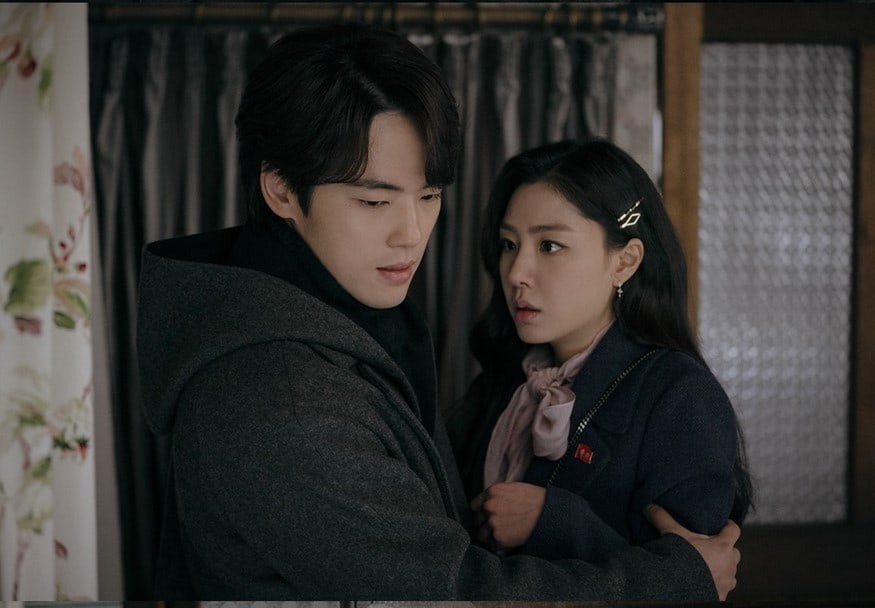 No one could ever forget the love and chemistry between Hyun Bin and Son Ye Jin in “Crash Landing On You,” but the second couple, played by Seo Ji Hye and Kim Jung Hyun, is also very memorable. The purity and innocence in which Gu Seung Jun (Kim Jung Hyun) loves Seo Dan (Seo Ji Hye) is in a class of its own. Their love story is heartbreakingly beautiful, and although it must have been difficult to keep up with Hyun Bin and Son Ye Jin, the two did an incredible