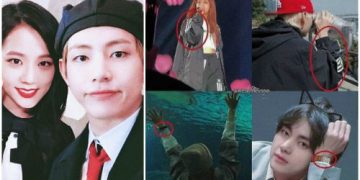 BTS’s V is one of the most influential people in the world. As such, the public are extremely interested in his dating life.
BTS’s V, whose real name is Kim Taehyung, is among the 7 members of the world famous Kpop group BTS. With outstanding visuals, a husky voice, and ample musical talents that allow him to write many songs of BTS, V stands out amid the highly competitive Korean entertainment industry.

With such massive popularity, throughout his career, V finds himself embroiled in various dating rumors. Today, let’s check out the 6 most noticeable ones.

1. V and actress Kim Yoo Jung
Around the first quarter of 2020, there were many “hints” discovered between this seemingly unlikely couple. Fans of both V and Kim Yoo Jung were naturally surprised, but the public seemed pretty convinced. 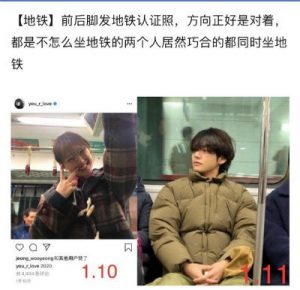 The first hint pointed out by netizens would be how V and Yoo Jung posted photos of themselves riding the subway on the same day. Which was an abnormal coincidence, seeing that celebrities rarely use public transport in fear of being swarmed. 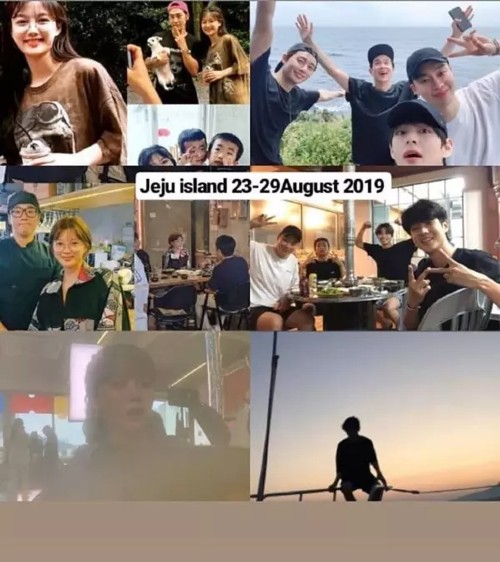 The two of them also checked in at Jeju island within the same period of time.V and Kim Yoo Jung were both in Jeju in August 2019.
They also wore alleged “couple items”, including rings, bracelets, necklaces, and sunglasses. 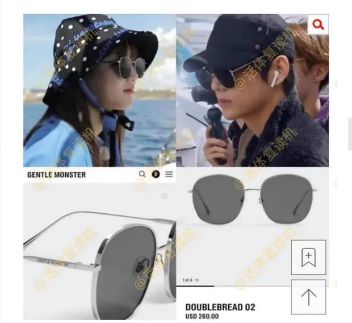 At the face of this rumor, agencies from both Kim Yoo Jung and V’s sides kept silent, making netizens curious over the true nature of the two’s relationship.

2. V and actor Park Bo Gum
In the case of BTS V and Park Bo Gum, the two were super close friends who would often hang out together and have super affectionate gestures towards each other, leading to suspicions about their relationship. 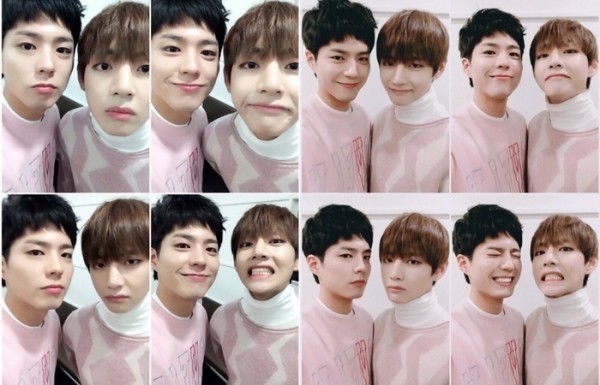 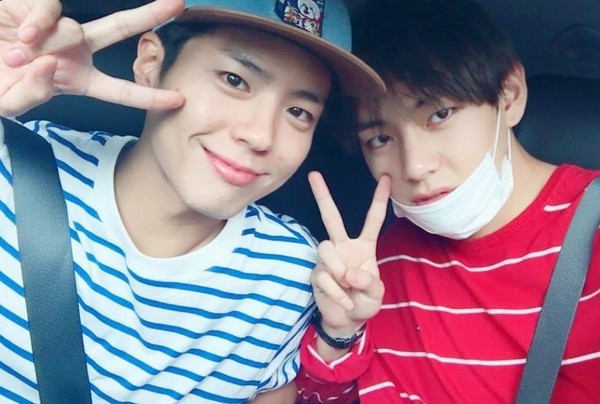 They even hang out on “couple dates”.
Fans also caught the idol-actor duo having fun at the amusement park Lotte World, which is a popular dating spot. Of course, this unlikely relationship was clarified by V himself, who found the rumors funny and said that he and Park Bo Gum were just super close friends. Their platonic relationship despite busy schedules and hardships is admirable indeed.

According to these netizens, Tzuyu, along with two other TWICE members Jeongyeon and Dahyun went to a concert of male band DAY6, and published a photo with the DAY6 members in support. 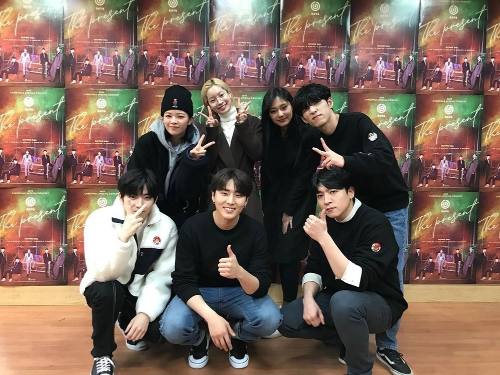 Tzuyu published a photo with DAY6 after attending the male group’s concert.
This happened right while V was livestreaming on the fan interaction platform Weverse, and he uploaded a full-face photo of himself looking sulky just a few minutes later. This led to people saying that V might be jealous that his girlfriend visited other male idols, and decided to post his picture to “establish his claim”. Some also noted that the two both wore a black shirt like a loving couple. 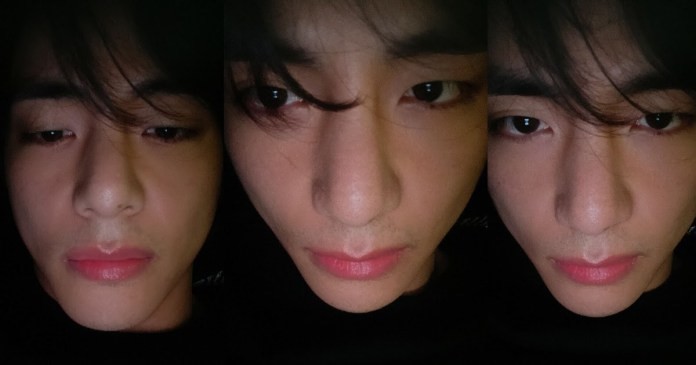 The photos published by V right after TWICE Tzuyu shared her photo with DAY6.
Later on at Asia Artist Awards 2018, Korean netizens once again rejoiced as BTS V and TWICE Tzuyu shared the same frame. Side by side, they looked like a true couple with super outstanding visuals .

Of course, this evidence was quickly refuted by fans of the two idols for its ridiculous nature. They commented that posting at the same time is by no means a dating hint, but others still think the couple is cute and continue to make fan edits and ship the duo.

4. V and Red Velvet’s Joy
Dating rumors between V and Joy sparked in 2015 when Korean Daily reported that the two idols became an item after they were introduced by EXO’s Baekhyun. However, there was no evidence released so netizens all agreed this was a groundless rumor. 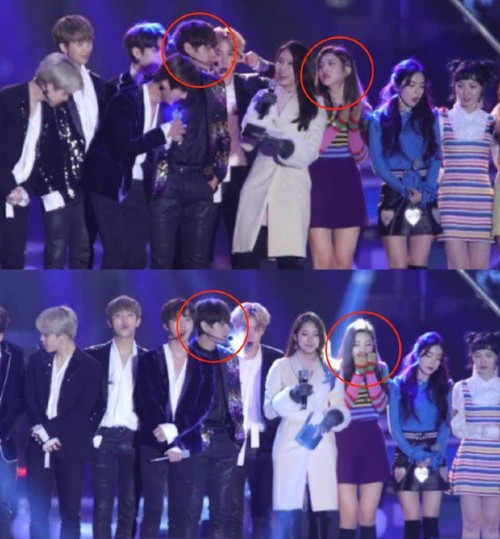 In 2017, dating rumors between V and Joy resurfaced when they were caught staring at each other on stage during a year-end event in which BTS and Red Velvet were performers. But once again, fans refuted this speculation, saying V was actually looking at the MC. Currently, Joy is in a relationship with Crush, so dating rumors between her and V no longer have any credibility.

5. V and BLACKPINK’s Jisoo
V and Jisoo came under suspicion of dating because there have been multiple times they were seen using the same items, such as watches or necklaces. Although many fans think these are just coincidences, some netizens thought they could be V and Jisoo’s couple items. V and Jisoo were also noticed to have similar poses and expressions several times. 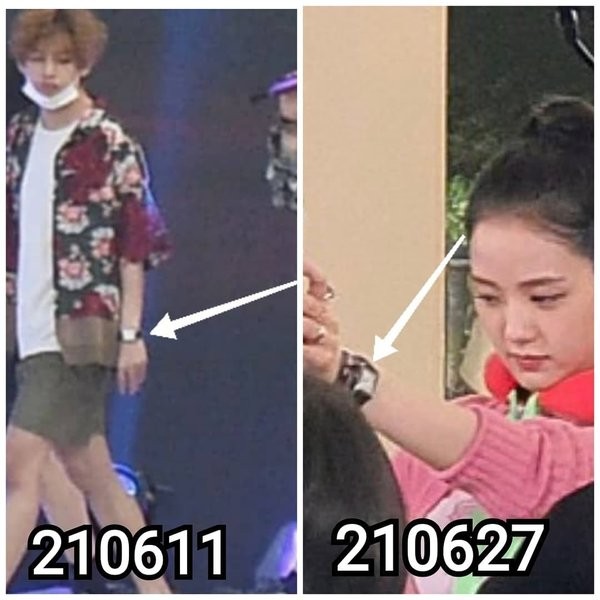 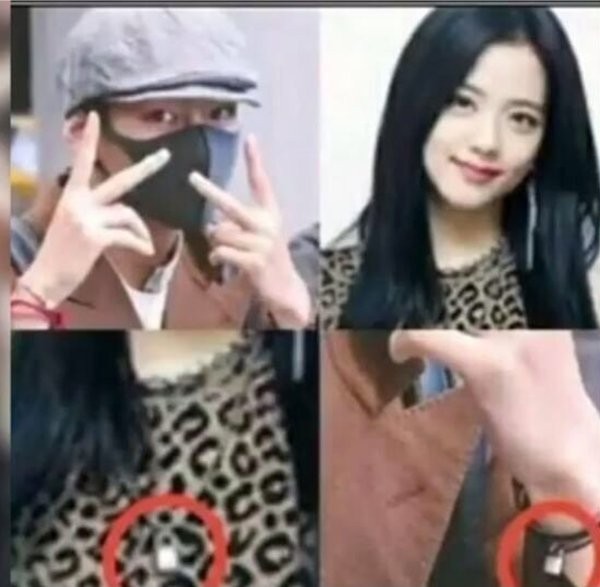 V and Jisoo were caught wearing the same necklace 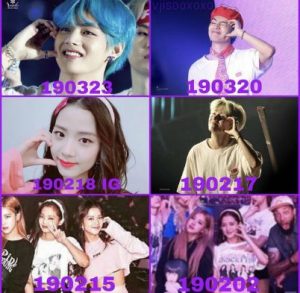 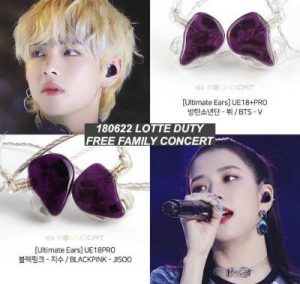 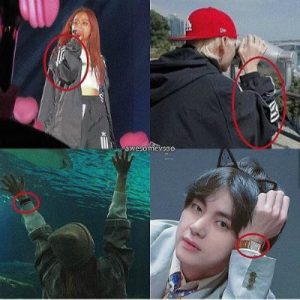 6. V and BLACKPINK’s Jennie
V’s latest dating rumor is with BLACKPINK’s Jennie. Photos assumed to be V and Jennie inside a car hanging out in Jeju Island were recently spread and created a stir across SNS and online communities. Although fans claim the photos are edited, many netizens think they look real. 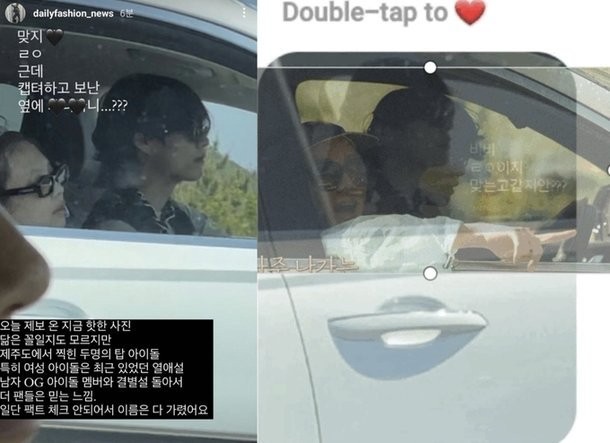 Moreover, Jennie has reportedly split up with her previously rumored boyfriend BIGBANG’s G-Dragon as he has unfollowed her on Instagram, so dating rumors between her and V are now even more supported. After the “evidence photos” of their date surfaced earlier today, V and Jennie’s agencies have yet to respond to the rumor.