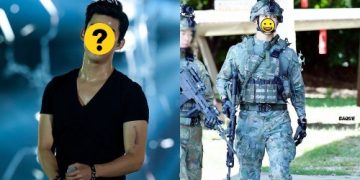 This famous male idol gave up his American citizenship and received the glory and love of Koreans.

Taecyeon debuted with the group 2PM and has many popular songs, topping the charts. The male singer is also successful in the film industry.
Taecyeon (member of 2PM) is attracting attention in Korea with the story of giving up his American citizenship to enlist in the army. The story took place many years ago, but until now, when the issue of BTS being proposed to be exempt from military service caused a stir, the public once again mentioned Taecyeon. In particular, the enlistment story with male idols is always a hot and sensitive topic in the Korean entertainment industry. 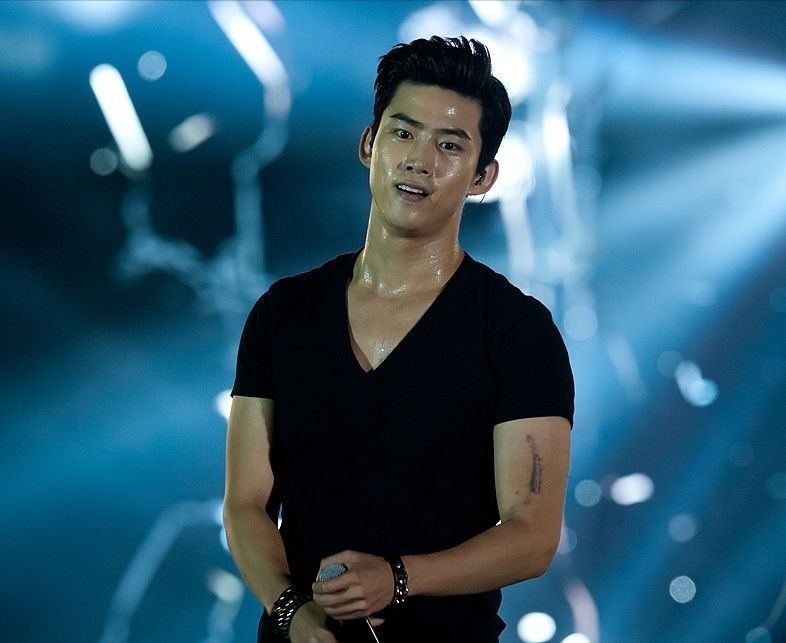 Success in both music and film
Taecyeon debuted with the group 2PM in 2008. After debuting, 2PM quickly became famous for its strong music and masculine style, often praised by the public as “beastly idols”. Taecyeon is also the most famous member of the group with his handsome appearance, 1.85 m height, solid physique and daring shirt-breaking performances. Taecyeon also has a remarkable academic record with a TOEIC score of 990/990.

2PM with its strong image, strong tearing and acrobatics has set itself apart in the music market. The group has many hit songs, topping charts such as Hands Up, Don’t Stop Can’t Stop, Heartbeat…

In addition to the music industry, Taecyeon is also successful in the film industry. He started acting with the movie Cinderella’s Sister in 2010. Then he acted in many films such as Who Are You?, Bring It On, Ghost, Save Me… and most famously Dream High with Suzy, Kim Soo Hyun, IU…

In 2021, he appeared in the movie Vincenzo with Song Joong Ki, Jeon Yeo Bin… With any image, Taecyeon successfully expressed the character’s psychology and received praise. 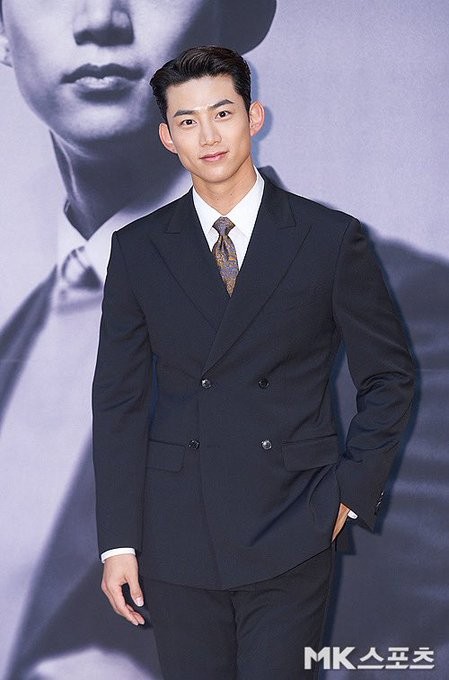 Also in 2021, he achieved great success in the historical drama Secret Royal Inspector Joy. His image when wearing a Hanbok made female fans passionate. 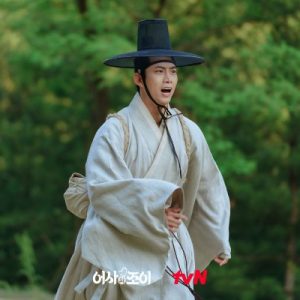 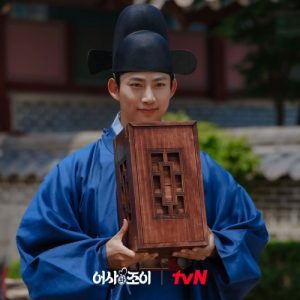 “Captain Korea”
In 2008, Taecyeon received a mandatory health check to see if he was eligible for military service. At that time, the test results showed that Taecyeon was only suitable as a public service worker (Level 4). He has undergone two surgeries.

Taecyeon’s agency at the time, JYP Entertainment, revealed that the sensitive atmosphere of war and the military had greatly influenced Taecyeon. He decided to give up his Green Card to voluntarily enlist. Taecyeon is an American citizen and therefore he is not required to enlist. However, before that, the male idol also decided to give up his nationality. 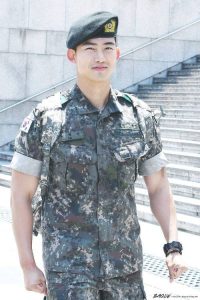 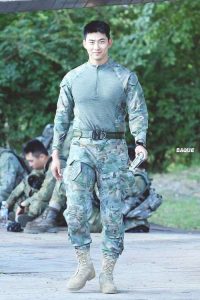 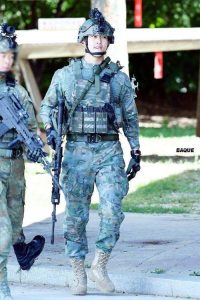 Taecyeon’s military photos have been widely shared.
Before the 2PM member’s actions, fans praised Taecyeon’s bravery and through that, his “beast idol” image was once again reinforced.

In 2017, Taecyeon enlisted and began a two-year career hiatus to perform his military service. In 2019, Taecyeon’s muscular images in a soldier’s outfit were posted. At that time, the male idol weighed 99 kg and later Taecyeon revealed that it was the biggest weight he had ever had.

Under the article about the male singer published by the Korean media, the public praised his personality and appearance. Since then, the title “Captain Korea” has been associated with the male singer.

“He looks like the captain of Korea”, “You say he weighs 99 kg, it doesn’t make sense because he is still very fit”, “Weighs 99 kg but Taecyeon is still handsome, can put all his weight in muscle”, the audience commented.

For many years of his career, Taecyeon has had a clean private life. He is also secretive about his love life. 2020 is the first time after many years of debut that he has confirmed that he has a girlfriend. According to Korean media, the actor’s girlfriend is an office worker.

The two love each other for more than 4 years up to the time of confirmation. A close friend of the two revealed that Taecyeon’s girlfriend is not pressured by her lover’s popularity. Even when Taecyeon did his mandatory military service, she patiently waited for her boyfriend.

Taecyeon is successful in both music and movies.
Friendly, kind personality is also one of the reasons why Taecyeon is loved. Ilgan Sports once reported that when Taecyeon and the members of tvN’s Grandpas over Flowers crew went to Spain to record, the male singer was praised. 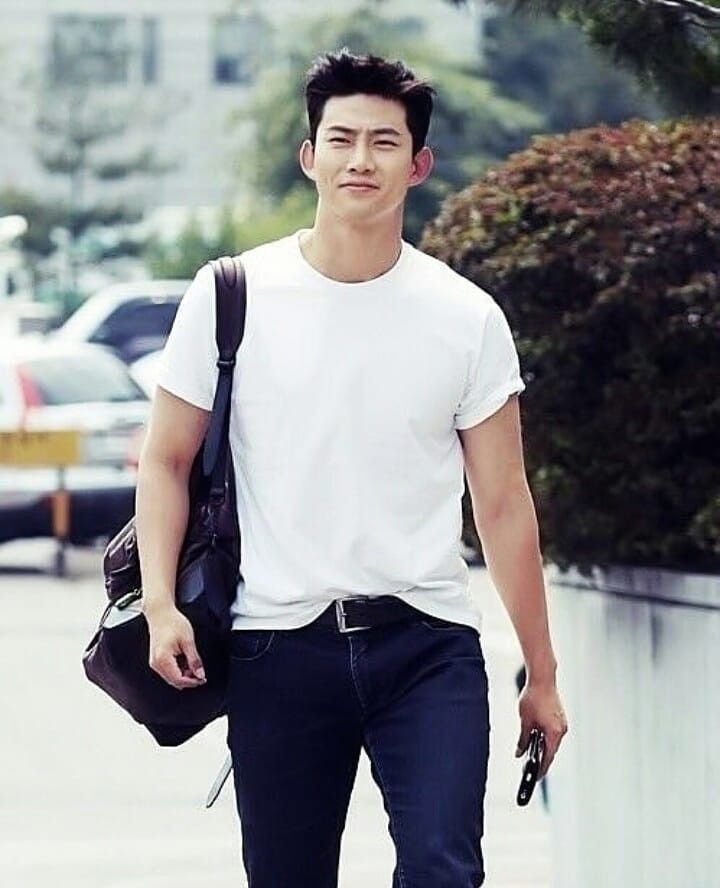 Among the famous actors, singers, and PDs who took part in this trip, Taecyeon was the friendliest. A source told Ilgan Sports, “Because he’s so popular, there are a lot of Korean tourists asking for autographs and taking pictures. But he was never upset and complied with every request.”

Ilgan Sports said Taecyeon was very excited about the trip, about the history of where he came from, and asked a lot of questions for the guide.