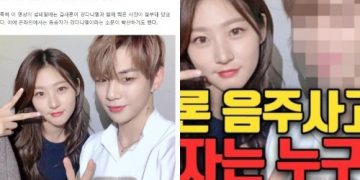 Kang Daniel was rumored to be in Kim Sae Ron’s car when she was drunk driving and caused an accident.
On May 19th, in the latest video uploaded to the Korean YouTube channel “Detective Caracula” with 340,000 subscribers, the YouTuber claimed, “At the time of the accident, a male actor was in Kim Sae Ron’s car.”

The YouTuber said he confirmed the facts with an entertainment official and revealed, “Kim Sae Ron drank at an acquaintance’s house in Apgujeong-dong, Seoul, the day before the accident. She drank with three or four people, including a male actor in her car and a friend.” He even raised questions such as, “Where was she going after drinking with a man until the morning? Did the two of them do something weird in the car?”.

What’s more noticeable is a selfie of Kim Sae Ron and Kang Daniel was used by this YouTuber as the thumbnail of his video. As a result, a rumor started to spread online that Kim Sae Ron’s passenger was Kang Daniel. 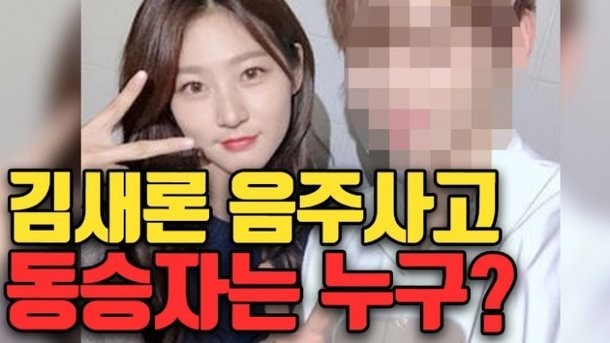 However, it has been confirmed by the police that a female non-celebrity was in the passenger seat of Kim Sae Ron’s car. An official from the Gangnam Police Station in Seoul told MoneyToday on May 20th, “Kim Sae Ron’s passenger was a woman in her 20s, and she was not a celebrity.”

Depending on the concentration of alcohol in the blood, aiding and abetting drunk driving is punishable by a fine and sentence of at least a year and up to 2 years and 6 months in jail. In response to the rumor, Kang Daniel’s reps stated that it was groundless, saying, “Kang Daniel is focusing on practicing for his first full album. There’s no way he was drinking. The photo of Kang Daniel and Kim Sae Ron attached to the video was taken a long time ago. We are currently checking the content of the video.”