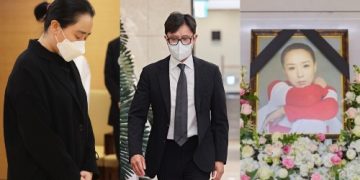 Kbiz has been in mourning after the sudden tragic loss of actress Kang Soo Yeon. The actress passed away on May 7 after collapsing from an intracerebral hemorrhage. Kang Soo Yeon died in the presence of her family at the Gangnam Severance Hospital in Gangnam, Seoul. 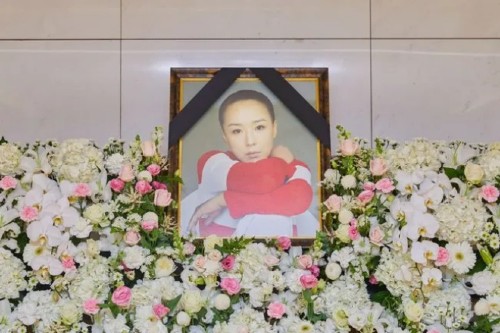 The funeral was held on May 9 and many film industry figures and numerous actors visited the funeral that was prepared at the Samsung Seoul Hospital. Many shed tears while looking at the actress’s photo and there were many who were sad with blank faces as if they still couldn’t believe the actress had passed.

The YouTube channel ‘TV10’ released a video showing the funeral and one wreath floral arrangement caught the attention. The flower arrangement was placed on the left side of the mortuary and had the name “President Moon Jae In” written on it.

President Moon had sent the wreath floral arrangement mourning the passing of the actress.

Meanwhile, this day was President Moon’s last day of his tenure and it is said that he and his wife left the Blue House around 5:54 PM on this day.