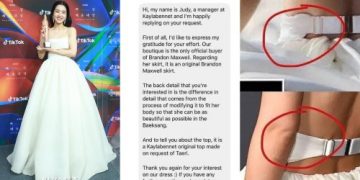 Chinese netizens accused Kim Taeri of wearing a fake dress to the 2022 Baeksang, but the official seller has spoken up.
In the 58th Baeksang Art Awards hosted on May 6th, actress Kim Taeri adorned a white dress from Brandon Maxwell’s 2020 Spring Collection. The dress was provided by Kayla Bennet – an official buyer that specializes in luxury formal clothes and the popular choice of Korean celebrities. In the 2022 Baeksang alone, Kayla Bennet was in charge of the outfits for both Kim Hye Soo and Kim Taeri.

However, after the award ceremony, Chinese netizens started spreading a series of photos that compared Kim Taeri’s dress with the original version from Brandon Maxwell. According to them, Kim Taeri’s dress had a lot of different details, and so might be a high-level fake. 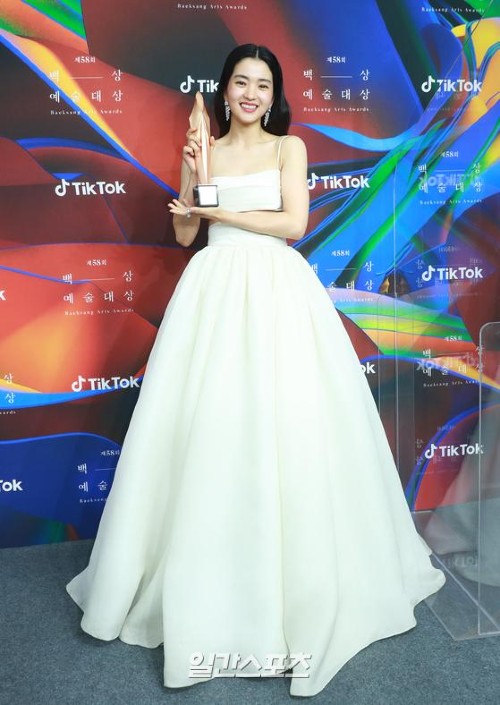 Kim Tae Ri’s belt (above) is different from the dress Dakota Johnson wears. 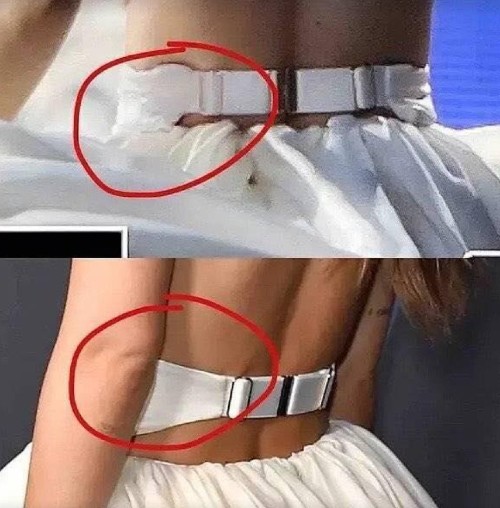 Following the controversy, a fan have contacted Kayla Bennet, and received an official statement that made clear these following points:

The full reply is as follows:

“Hi, my name is Judy, a manager at Kayla Bennet and I’m happily replying on your request.

First of all, I’d like to express my gratitude for your effort. Our boutique is the only official buyer of Brandon Maxwell. Regarding her skirt, it is an original Brandon Maxwell skirt.

The back detail that you are interested in is in the detail that comes from the process of modifying it to fit her body so that she can be as beautiful as possible in the Baeksang.

And to tell you about the top, it is a Kayla Bennet original top made on request of Taeri.

Thank you again for your interest on our dress. If you have any further questions, please let me know. “