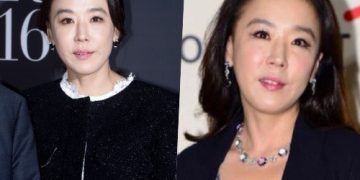 On May 5 KST, Kang Soo Yeon was discovered in a state of cardiac arrest around 5 p.m. at her home in Apgujeong, Gangnam, Seoul. After receiving CPR, she was taken to a nearby hospital and received treatment but never regained consciousness.

On May 7 at 3 p.m. KST, the actress took her last breath in the presence of her family at Gangnam Severance Hospital. She is currently laid to rest at Samsung Medical Center, and her funeral will take place on May 11.

Born in 1966, Kang Soo Yeon started off as a child actress in 1969. She appeared in various movies, such as “3 Stars,” “Hanji,” and “Jury,” and she won an award for her performance in “The Surrogate Woman” and “Come Come Come Upward.” Kang Soo Yeon was promoting without an agency and recently wrapped up filming for the upcoming Netflix film “JUNG_E.”

Our deepest condolences to Kang Soo Yeon’s family and friends.