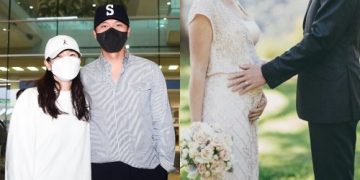 Son Ye Jin’s pregnancy rumors resurface after she and Hyun Bin came back from their US honeymoon.
After enjoying a romantic honeymoon in the US, Hyun Bin and Son Ye Jin landed in Korea on April 28 in the welcome of reporters and fans at the airport. Besides the sweet gestures the two gave each other, netizens also paid special attention to one thing Hyun Bin said.

When they were having their photos taken by reporters, Hyun Bin politely said, “Ye Jin’s clothes are not convenient to take pictures now”. Hyun Bin’s remark and Son Ye Jin’s airport outfit have raised the suspicion that she became pregnant after their honeymoon. When the two appeared at the airport to depart for the US, Son Ye Jin wore a fitted top inside a blazer, jeans, and even high heels. But when she returned, she wore an oversized sweatshirt, jogger pants, and sneakers that cover up her body figure. 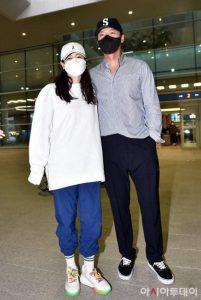 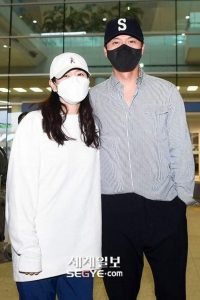 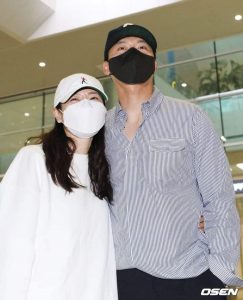 Neither Hyun Bin nor Son Ye Jin’s reps have addressed their pregnancy rumors.