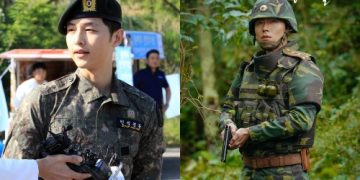 Among these actors, who has stolen the most hearts while wearing military uniforms in K-Dramas?
1. Hyun Bin (Crash Landing On You)
The hit K-drama Crash Landing On You played a huge part in bringing the newlyweds Hyun Bin and Son Ye Jin together. This massive success is owed not only to the couple’s chemistry and the gripping plot, but also to Hyun Bin’s stunning visuals and masculine charm. 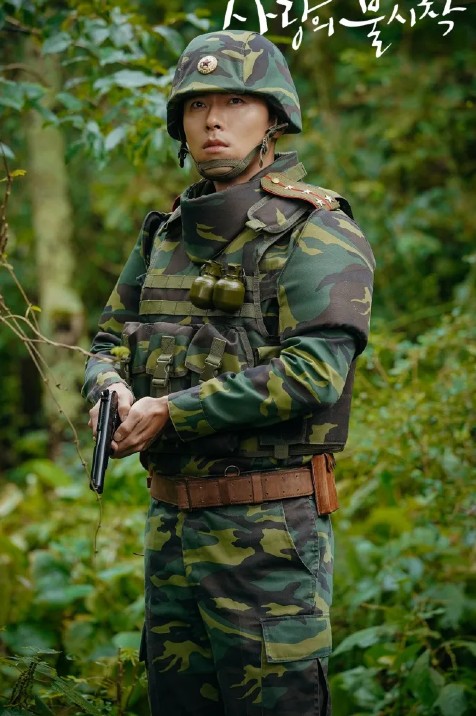 Playing Captain Ri Jung Hyuk of the North Korean Army, Hyun Bin looks irresistible with his sharp jawline and drool-worthy muscular body. All these charms really make him one of the most gorgeous male stars in military uniform. 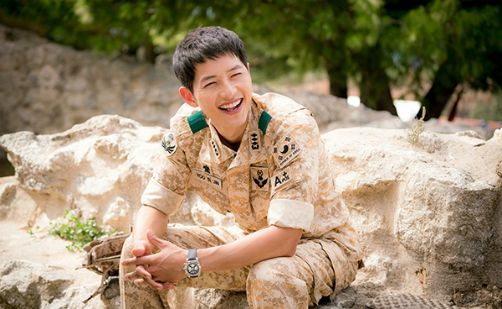 Love life aside, Song Joong Ki left a deep impression on the public through his portrayal of captain Yoo Shi Jin in Descendants of The Sun. He completely enthralled the audience as he successfully transformed into a witty yet serious and courageous soldier, while at the same time super sincere and passionate in love.

3. Jung Hae In (D.P)
After his role as the swoon-worthy male lead of Something in The Rain, Jung Hae In managed to make a remarkable comeback in Netflix series D.P. The 33-year-old actor not only shows drop-dead gorgeous visuals and gentle smile, but also a well-proportioned body that exudes masculine charms. 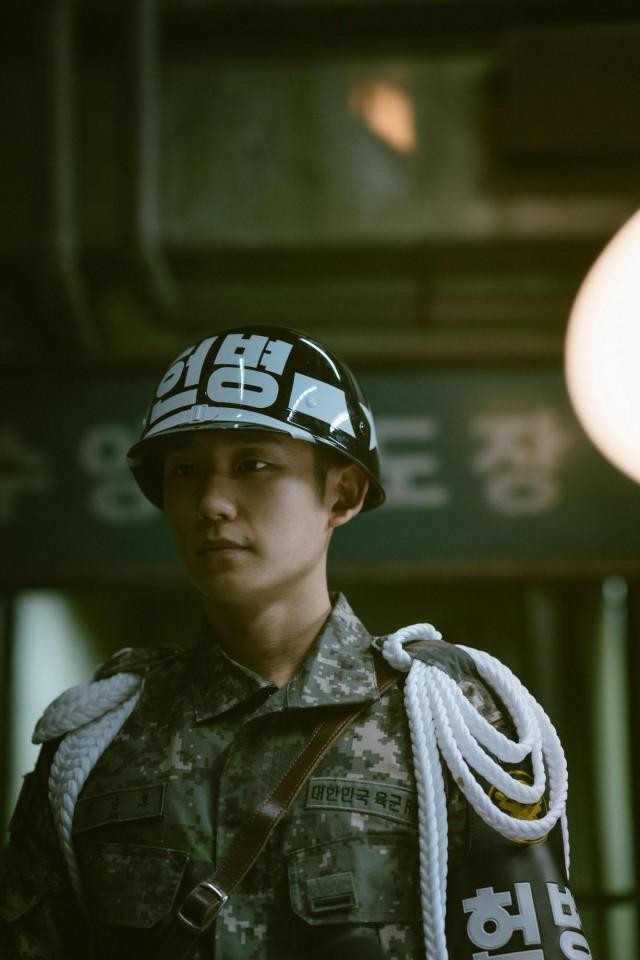 In D.P, Jung Hae In excellently portrayed a newly enlisted army soldier with the most expressive eyes. In addition to his handsome looks, he also successfully stole the audience’s heart with his impressive acting skills. 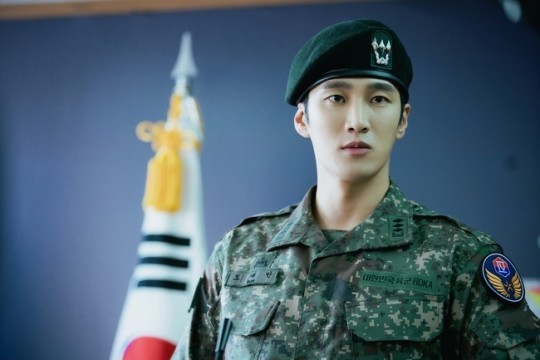 However, through Military Prosecutor Doberman, he has managed to make the audience swoon with his acting talents. With a handsome face and a muscular body, Ahn Bo Hyun makes for a perfect soldier in his newest work.

Hopefully, he will finally get his big break with his talents and hard work in the acting industry.