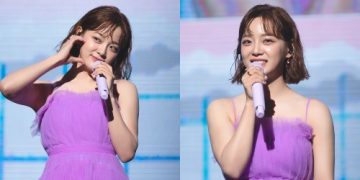 Kim Se Jeong shed tears at her first fanmeeting 6 years after debut, “I will always be by your side”

Kim Se Jeong shed tears at her first fanmeeting 6 years after debut, “I will always be by your side”

Kim Se-jeong shed tears at her first fanmeeting 6 years after debut, “I will always be by your side” 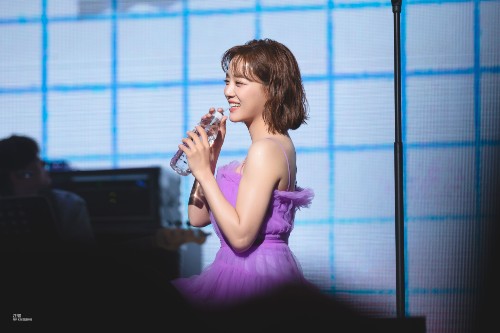 Kim Se-jeong appeared in a light purple mini-dress reminiscent of a fairy in the forest. She sang her hit song “Flower Road” to mark the spectacular beginning of the fanmeeting. Fans welcomed Kim Se-jeong with enthusiastic applause and cheers. Kim Se-jeong shed tears right from the opening of the show since she was emotional about being able to meet fans face-to-face after such a long time. 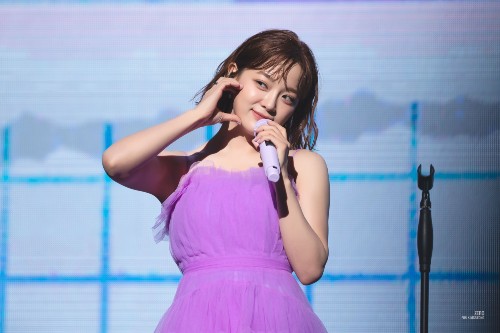 In addition, she turned her fanmeeting into a whole concert show by singing a cover of “Spring Days Go By” and presenting an OST medley composed of “Meet Again” (“The Uncanny Counter” OST), “All of My Days” (“Crash Landing on You” OST), “If Only” (“The Legend of The Blue Sea” OST), “Love, Maybe” (“Business Proposal” OST).

Since the theme of the fanmeeting was “Se-jeong’s World (Sesang) Diary”, Kim Se-jeong set up the stage in the form of sharing her diary with her Sesangs (Kim Se-jeong’s fandom name). Holding her first solo fanmeeting 6 years after her debut, Kim Se-jeong communicated with fans more closely and friendly through beautiful stages and her sincere and witty talks. 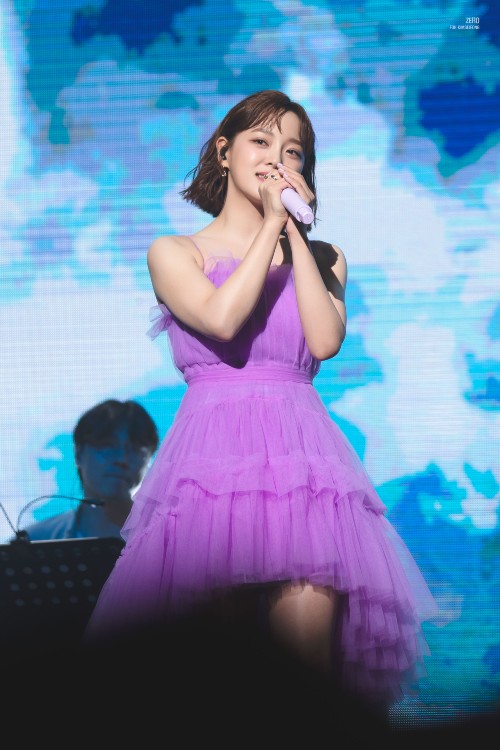 In particular, Kim Se-jeong personally listened to stories from fans and talked about “the moments when we comforted each other”. Like vitamins, she delivered positive energy to the audience and gave them a healing time. Kim Se-jeong also conveyed her serious attitude toward music and acting, confessing her honest heart, and showing her sincerity as an artist.

In response, fans prepared a surprise slogan event during the performance of “Maybe I Am” and colored the scene with emotions. Touched by fans’ love, Kim Se-jeong burst into tears while expressing her gratitude. “Thank you so much. I will become Kim Se-jeong who is always by your side”, she promised to repay fans’ support and love.

The fanmeeting was broadcast live through the online platform KAVECON for global fans who could not visit the offline venue in person. Kim Se-jeong communicated with lots of international fans and showed her extraordinary love for them.

Meanwhile, Kim Se-jeong has established herself as the “Rom-com goddess of the next generation” thanks to her recent performance in the drama “Business Proposal”, which recently ended. In the future, Kim Se-jeong will carry out various activities, such as photoshoots, commercials, etc. as well as filming her next work “Today’s Webtoon”.