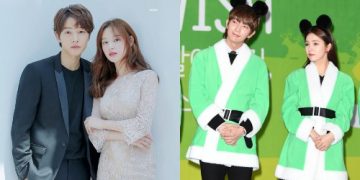 According to one exclusive media outlet report on April 20, season 2 of tvN’s ‘Arthdal Chronicles’ plans on undergoing significant cast changes prior to its return.

Originally aired between June through July of 2019, tvN’s ‘Arthdal Chronicles’ is an ancient fantasy drama series set in a fictional land, known as Arth. Initially, during its production stages, the drama was considered one of the most anticipated productions of the year, due to its production cost of over 54 million KRW (~ $44 million USD).

Then, when the series finally premiered, it received harsh criticism from viewers for its poor CG, unbelievable storyline, as well as accusations of plagiarism. Despite the continued criticism from viewers, not to mention low viewership ratings, the drama’s production company, Studio Dragon, seemed fixed on pursuing a second season of ‘Arthdal Chronicles’.

However, since the end of season 1, Studio Dragon has encountered numerous red flags in its pursuit for season 2. First, director Kim Won Seok pulled out from the project. Then, the drama’s male lead actor Song Joong Ki and female lead actress Kim Ji Won both followed suit, pulling out of the second season due to various scheduling conflicts.

Furthermore, actress Shin Se Kyung has been named as the most likely candidate to take on the female lead character Tan Ya in ‘Arthdal Chronicles’ season 2. Meanwhile, actor Jang Dong Gun will be returning to his role as Ta Gon, and actress Kim Ok Bin’s return as Tae Al-ha is still undecided.