“Secret Newsroom”, which is scheduled to air at 11 AM on April 16th, will talk about the long-lived couple Kim Woo-bin – Shin Min-ah, who have recently made headlines for appearing together in a drama.
Kim Woo-bin – Shin Min-ah is considered to be the “star couple of the century” who is likely to succeed Hyun Bin – Son Ye-jin. As models-turned-actors, the two are known to have met for the first time while filming a clothing advertisement.

The broadcast will reveal everything from the scene where the staff envied them for their unusually sweet atmosphere, their careful dating method to the high-speed dating confirmation in 40 minutes. 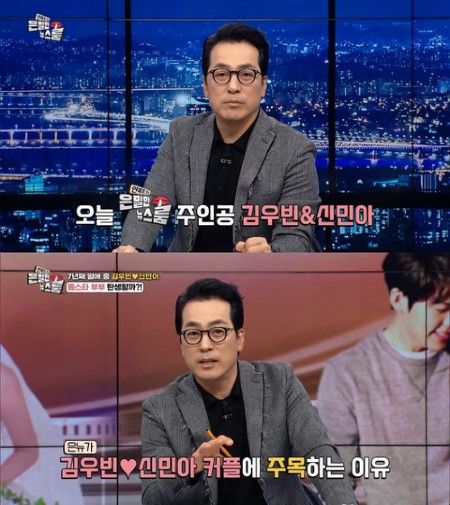 In addition, “Secret Newsroom” will reveal the shining personality of Kim Woo-bin – Shin Min-ah, who have been in love for 7 years since they admitted their relationship in 2015. Aside from practicing good deeds through donations such as wildfire damage, stories from bodyguards and reporter Kim Tae-jin, who was the MC of their comeback fan meeting, will be revealed.

Besides, “Secret Newsroom” will predict their dating tendency, the story behind their appearance in “Our Blues” as well as the possibility of marriage.

Meanwhile, “Secret Newsroom”, which is scheduled to air at 11 AM tomorrow on iHQ, will have time to listen to Hyun Bin – Son Ye-jin‘s wedding, the strict security that even the manager could not enter and stories from their acquaintances.