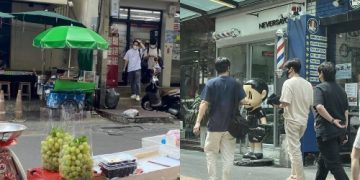 Actor Kim Seon Ho, who has not appeared in public since the controversy involving his ex, was spotted in Thailand.
Kim Seon Ho recently arrived in Thailand to film the upcoming movie “Sad Tropical.” He landed in Bangkok on March 31st and is currently on a schedule in Phuket.

On various social media platforms and online communities, photos of Kim Seon Ho taken at Bangkok Suvarnabhumi Airport have gained much attention and received enthusiastic responses. At the airport, Kim Seon Ho was dressed in a basic and comfortable outfit, with a white T-shirt and grey sweatpants. He was wearing a mask, but his radiant and handsome visuals still managed to stand out. 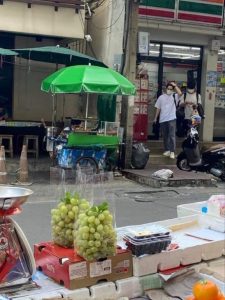 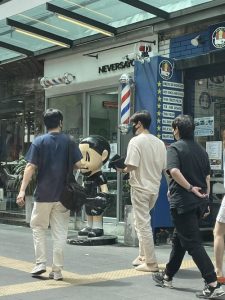 Local media have rushed to update on Kim Seon Ho’s schedule in Thailand. Thai media outlet Matichon reported, “When famous actor Kim Seon Ho, who played Chief Hong in the Korean drama Hometown Cha Cha Cha, arrived in Thailand, fans who came to see him at Bangkok Suvarnabhumi Airport cheered him on and told him, ‘Work and rest well. Take care of your health.’ Kim Seon Ho flew to Thailand to film the movie Sad Tropics.”

This is the first time that Kim Seon Ho has been spotted in public since the controversy over his personal life erupted in October last year. Kim Seon Ho withdrew from the entertainment program “2 Days & 1 Night Season 4” as a fixed member and dropped out of two movies “Dog Days“ and “2 O’Clock Date“, for which his casting was confirmed. Many brands that used Kim Seon Ho as their advertising model also took his photos down following the scandal. 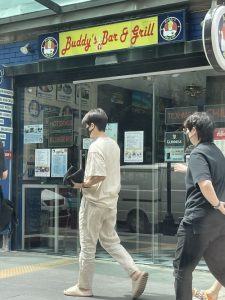 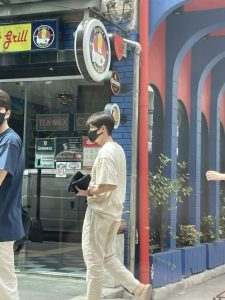 At the time, Kim Seon Ho’s ex-girlfriend claimed that he forced her to have abortion, promised to marry her in July 2020 and ended up unilaterally break up with her in May last year. After A’s accusations made headlines, Kim Seon Ho issued an apology to A. Not long after, Dispatch revealed evidence to expose A’s lies and prove Kim Seon Ho was only her victim.

After clarifications, Kim Seon Ho has received support from the public again but he has continued to remain silent and not made any public appearance in several months. He recently donated 50 million won to the Korea Leukemia Children’s Foundation without making any announcement. Kim Seon Ho is expected to greet the audience again in his debut movie, “Sad Tropical,” set to release later this year.

Came to China town for #KimSeonHo 🥹 I hope you have a great time here in Bangkok ❤️ #คิมซอนโฮ pic.twitter.com/94zbbJuKl2

In the meantime, Kim Seon Ho is drawing attention with his surprise appearance in Thailand. “Hometown Cha Cha Cha” seems to have gained syndrome-level popularity in Thailand as local fans are enthusiastically showing their love and support for Kim Seon Ho. They welcomed his visit to Thailand using Thai special taxis “Tuktuk” and large electronic display boards.