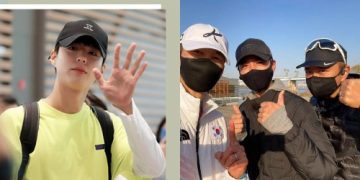 Sean wrote via his Instagram, “A 10K orientation run. The running crew that still has not decided on a name has recruited new members #ParkBoGum and #JinTaeHyun. All of our members, fighting!”

The singer also tagged all of the existing members of his crew, notifying them of their newest crew members. 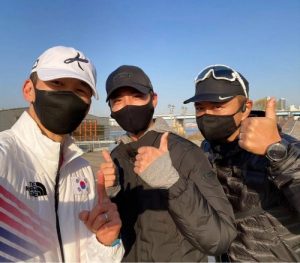 Sean’s running crew is well-known for being one of the most hardcore celebrity running crews around. The crew goes on runs ranging from 10K to 12K to full-length marathons, and also participates in numerous fundraising causes, such as running for disabled children, Lou Gehrig’s disease, and more.

Meanwhile, Park Bo Gum was discharged from his naval base back in February, approximately two months prior to his official scheduled return to civilian service, in light of existing COVID-19 protocols for military officers who choose to delay their vacations to the end of their service. The actor will be returned to civilian status later this month on April 30.