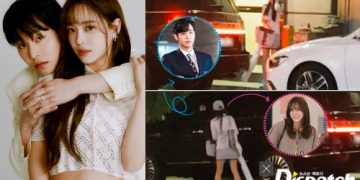 Day. Many rumors and tricks will be released that make everyone laugh. Here are the Top 2 rumors that appeared on April Fool’s Day this year:
1. Vincenzo lead actor SongJoongKi in a relationship with a Non Showbiz 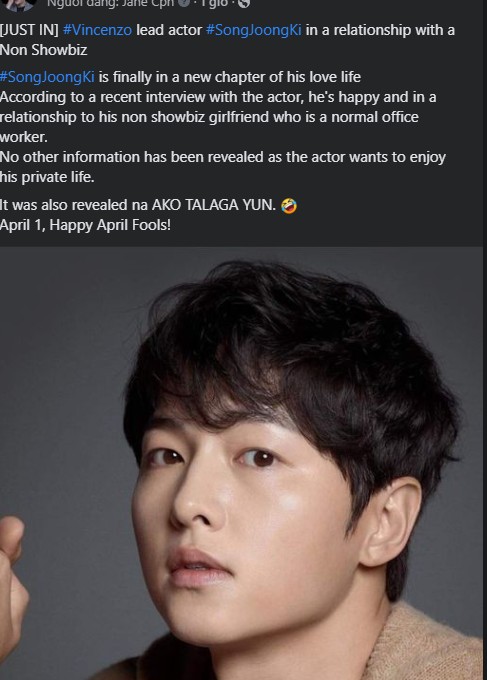 “SongJoongKi is finally in a new chapter of his love life
According to a recent interview with the actor, he’s happy and in a relationship to his non showbiz girlfriend who is a normal office worker.
No other information has been revealed as the actor wants to enjoy his private life.”
However, this is purely April Fool’s Day news this year. 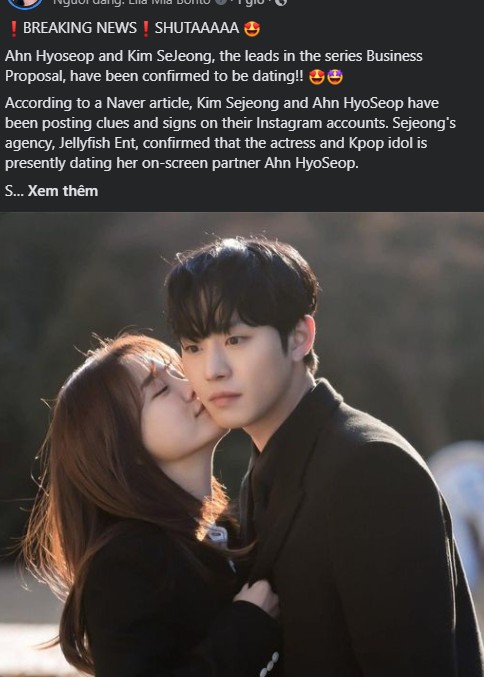 “Before the drama ends we can finally say that OUR SHIP IS SAILINGGGG! 😍
According to an article on Naver , Kim Se jeong’s posts together with AhnHyoSeop are clues and hints that the two are officially dating.
It was also said and confirmed by Se jeong’s agency Jellyfish Ent that the actress and Kpop idol is currently dating her on screen partner Ahn Hyo Seop.”
However, this is just one of the rumors floating around Kbiz’s April Fools Day this year.

Not only that, many news sites also spread rumors that Ahn Hyo Seop and Kim Se Jeong were caught secretly dating by Dispatch, but this is really just April fools news.