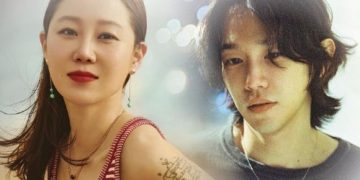 According to exclusive news from Sports Chosun, Korean-American male singer and winner of “Superstar K” 7 Kevin Oh everyone proposed to Gong Hyo Jin and let around know about the upcoming marriage. Kevin Oh’s family in the US is also ready to welcome Gong Hyo Jin.

Agency Management SOOP confirmed the 41-year-old actress is indeed dating the 31-year-old singer-songwriter, but denied they had any plans to marry. The label stated, “It’s true Gong Hyo Jin and Kevin Oh are in a relationship. However, they do not currently have plans for marriage.”

Previous reports said Gong Hyo Jin and Kevin Oh are currently engaged. Although their relationship was never public, Gong Hyo Jin is known to have posted a song by Kevin Oh on Instagram in March of 2020.