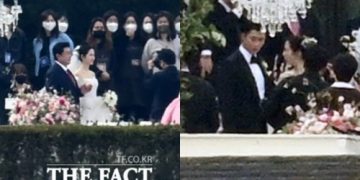 Revealing the clip Son Ye Jin intentionally threw wedding flowers to Gong Hyo Jin because she knew that her best friend was dating and preparing to marry her boyfriend.

Hyun Bin and Son Ye Jin’s oath clip is here: Crash Landing On You couple made everyone cry because it was so touching.

The atmosphere at the Wedding has heated up: Groom Hyun Bin and bride Son Ye Jin reveal official wedding photos. 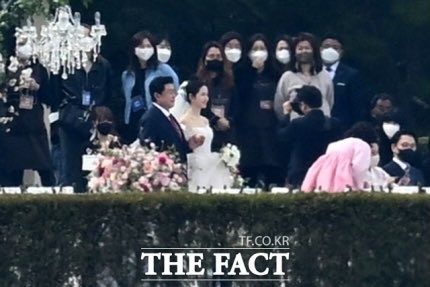 Son Ye-jin and Hyun-bin couple holding hands during rehearsal ahead of their wedding.

Actors Son Ye-jin and Hyun Bin, who sounded the wedding march, held a pre-event happily in the afternoon of the 31st at the Aston House, Grand Walkerhill Hotel, Gwangjin-gu, Seoul at the wedding hall filled with the smell of spring. 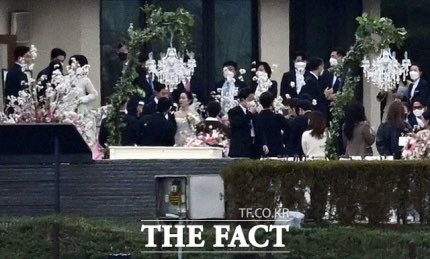 Hyun Bin and Son Ye-jin, who started dating in March 2020, had a photo shoot with family and acquaintances before their wedding at 4 pm on the same day. The ‘Wedding of the Century’ site, which is drawing the attention of global fans as Korea’s representative Hallyu star, showed a ceremonial atmosphere that spurted the spring energy of ‘Act 2 of Life’ with beautiful flowers and decorations in tight security. 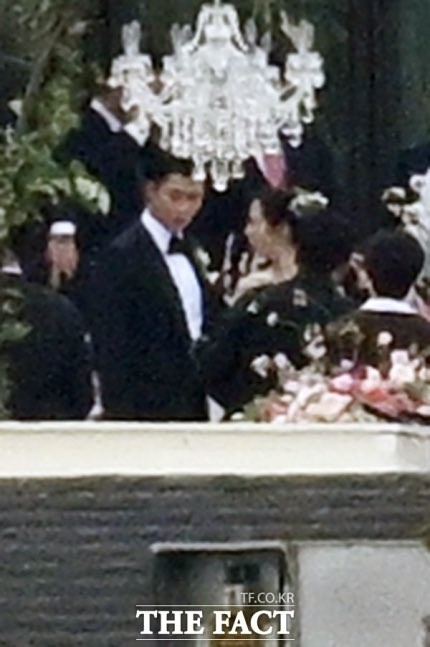 Except for the bride and groom, who are the ‘couple of the century’, and the wedding ceremony, attendees wore masks and attended the pre-event. Aston House, located in the middle of the mountain, is a single-family residence, where Bae Yong-jun, Park Soo-jin, Ji-seong, and Lee Bo-young got married here.

The wedding will be held privately with only family members and close acquaintances invited. Although Aston House can accommodate 300 people, it is known that the ceremony will be held in a scale of less than 200 people. 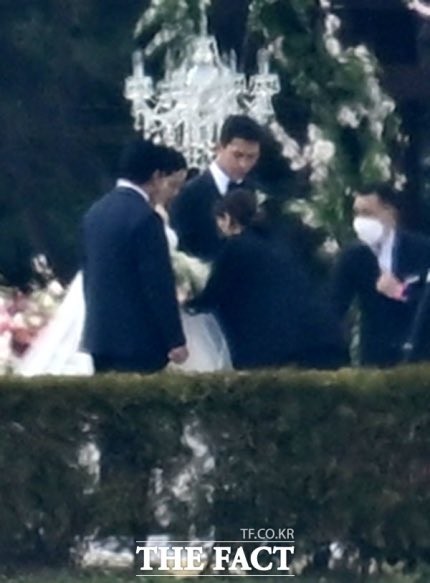 The couple’s wedding will be held as an outdoor wedding at Aston House. It was reported that only close acquaintances and family members of both families attended as guests. The congratulatory speech will be delivered by Hyun Bin’s best friend, actor Jang Dong-gun.

A couple of actors Son Ye-jin and Hyun Bin are rehearsing ahead of their wedding at 4 o’clock.
Singers Kim Bum-soo, Gummy, and Paul Kim are known to be in charge of the wedding hymns.

Hyun Bin and Son Ye-jin facing each other.
The two met for the first time in 2018 in the movie ‘Negotiation’, and the following year they developed into lovers after appearing in the drama ‘Crash Landing on You’.

Since then, they have denied their relationship, including being caught up in dating rumors several times, including traveling together in the United States.

Son Ye-jin and Hyun Bin are getting married today. The marriage of a newly born top star couple!