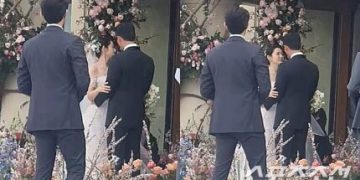 More touching than the vows of the bride and groom were the words of Son Ye Jin’s father to Hyun Bin: “Finally, I can rest assured. Welcome to the family, son.”

From now on, Hyun Bin will be the man who always loves and takes care of Son Ye Jin instead of her father.

The hottest event right now is none other than the super wedding of Hyun Bin and Son Ye Jin. After 2 years of dating, the couple put on the most splendid costumes, walked into the aisle together, said the hundred-year vow. The moment her father took her hand and gave it to her husband Hyun Bin, “beautiful sister” Son Ye Jin was so moved that she burst into tears. 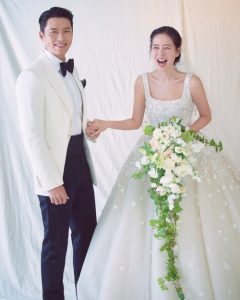 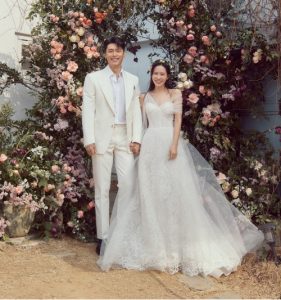 However, more moving than the golden couple’s lifelong vows was the message from Son Ye Jin’s father to his son-in-law Hyun Bin and his response. Before handing over his daughter to Kbiz’s golden boy, he said sobbing: “Today is the day I witness my daughter marry the love of her life. Finally, I no longer have to worry. worried about who will take care of her when I can’t anymore. She has found you. Welcome to our family, son.”

And Hyun Bin also replied to his father-in-law, “Thank you for everything, for loving and caring for such a beautiful woman in this world. Today, I held her hand and it was my turn. I will do all of that. I will cherish her more than you can imagine. I have so much respect for my wife’s first man, Dad.”

For a long time, netizens have discovered the surprising coincidence of Hyun Bin and his father-in-law. The two have surprisingly similar faces. Son Ye Jin once admitted that she was heavily influenced by her father, so it is not unusual for the actress to date Hyun Bin. Not only that, Son Ye Jin’s father also loves his son-in-law very much, because both he and Hyun Bin served in the Marines during their enlistment. 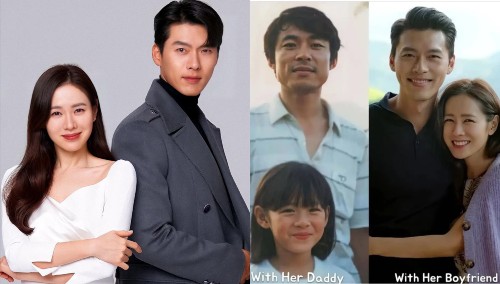