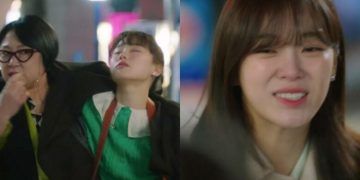 “Business Proposal”, which started with a rating of 4.9% on the 28th of last month, rose rapidly to 6.5% in the 2nd episode and 8.1% in the 3rd episode. In addition, it also received favorable reviews from the viewers then successfully exceeded double-digit ratings, with 10.1% recorded in the 6th episode.

Kang Tae-moo joined the Food Development Team 1’s get-together with Shin Ha-ri, but Shin Ha-ri disapproved of it. The two got out in the middle of the dinner, then Kim Hye-ji (Yoon Sang-jung) witnessed Kang Tae-moo and Shin Ha-ri holding hands.