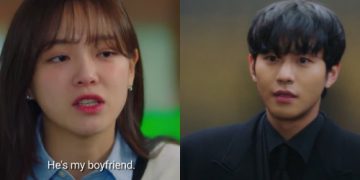 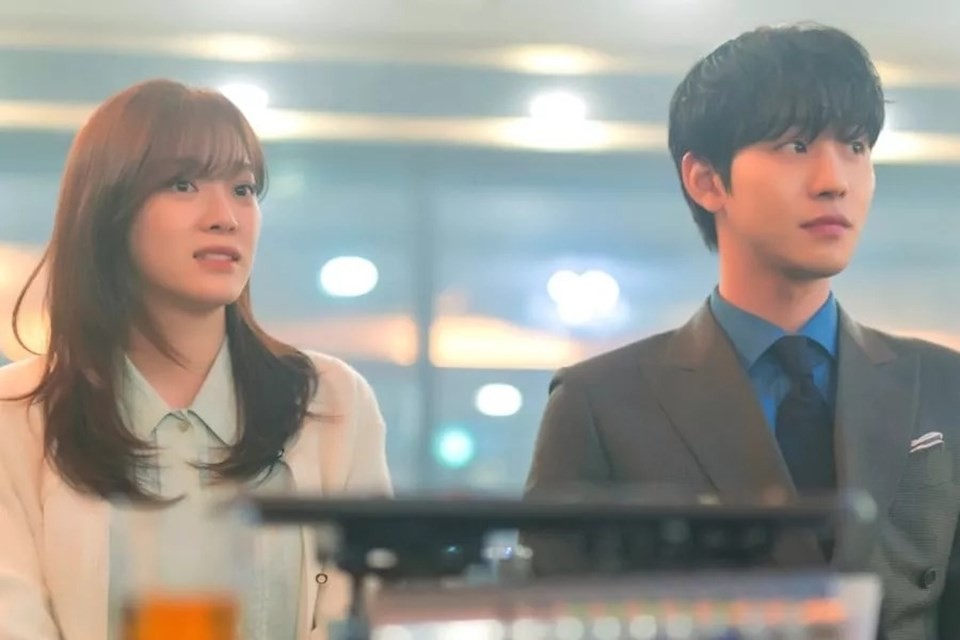 Tae-moo, who is in public dating relationship with Ha-ri, confidently asked for a date in front of the staff, saying, “Would you like to eat with me?” In response to the surprised employees, he emphasized that Ha-ri was the MVP at the sports competition and won the meal ticket with him. Nevertheless, the staff showed keen interest while Ha-ri smiled awkwardly. 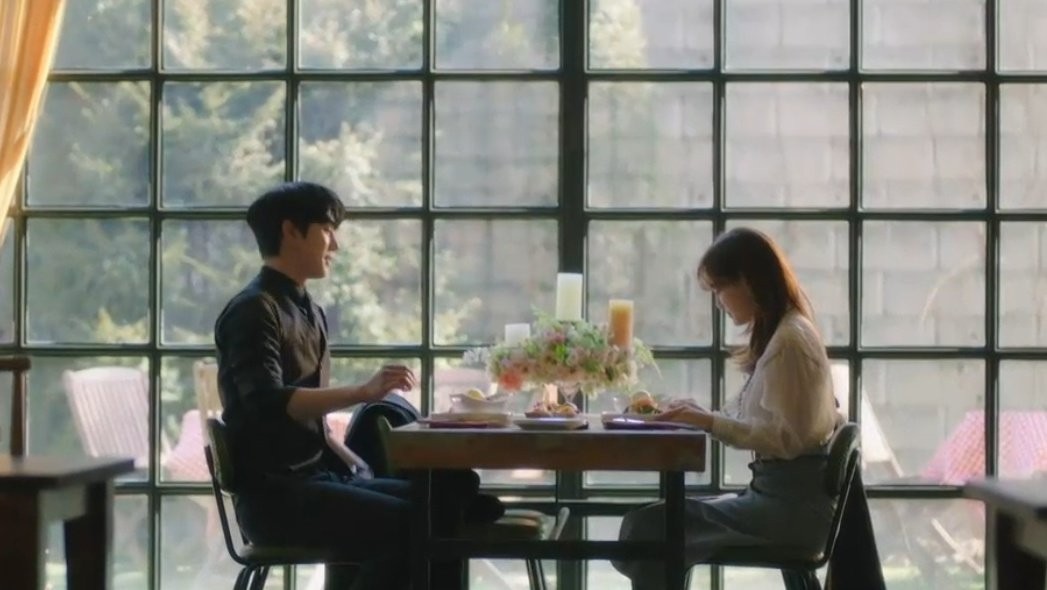 “It was thrilling to talk like that in front of people while hiding our relationship,” said Tae-moo with a smile. Ha-ri then reacted, “Do you know how surprised I was? The person I’m dating is the president of our company. Should I just go and tell everyone?” 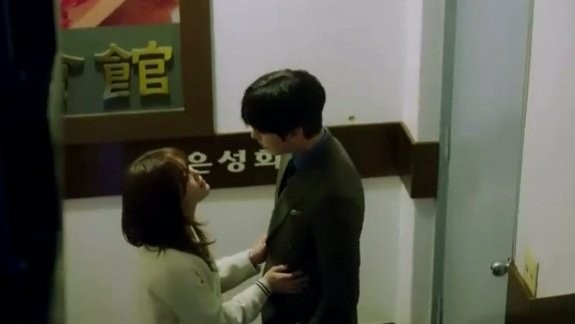 At the same time, Tae-moo took her to a regular snack vendor, and Ha-ri introduced him as her “boyfriend” to the owner. Tae-moo cannot hide his happiness.

“I am in a good mood. You introduced me as your boyfriend,” he expressed his happiness. Then Ha-ri said, “Do you think I just want to hide this from everyone? I want to be honest and say that the boss is my boyfriend too, you know.”

Tae-moo then approached Ha-ri, saying, “I’ve been wanting to do something for a while. Can I do it?”. In response, Ha-ri intuitively thought he was about to kiss her and closed her eyes, but Tae-moo gruffly asked, “Why do you close your eyes?” and wiped the seasoning off her cheek.

Only when Ha-ri, who was embarrassed, retorted, “It’s because my eyes sting,” did Tae-moo kissed her. 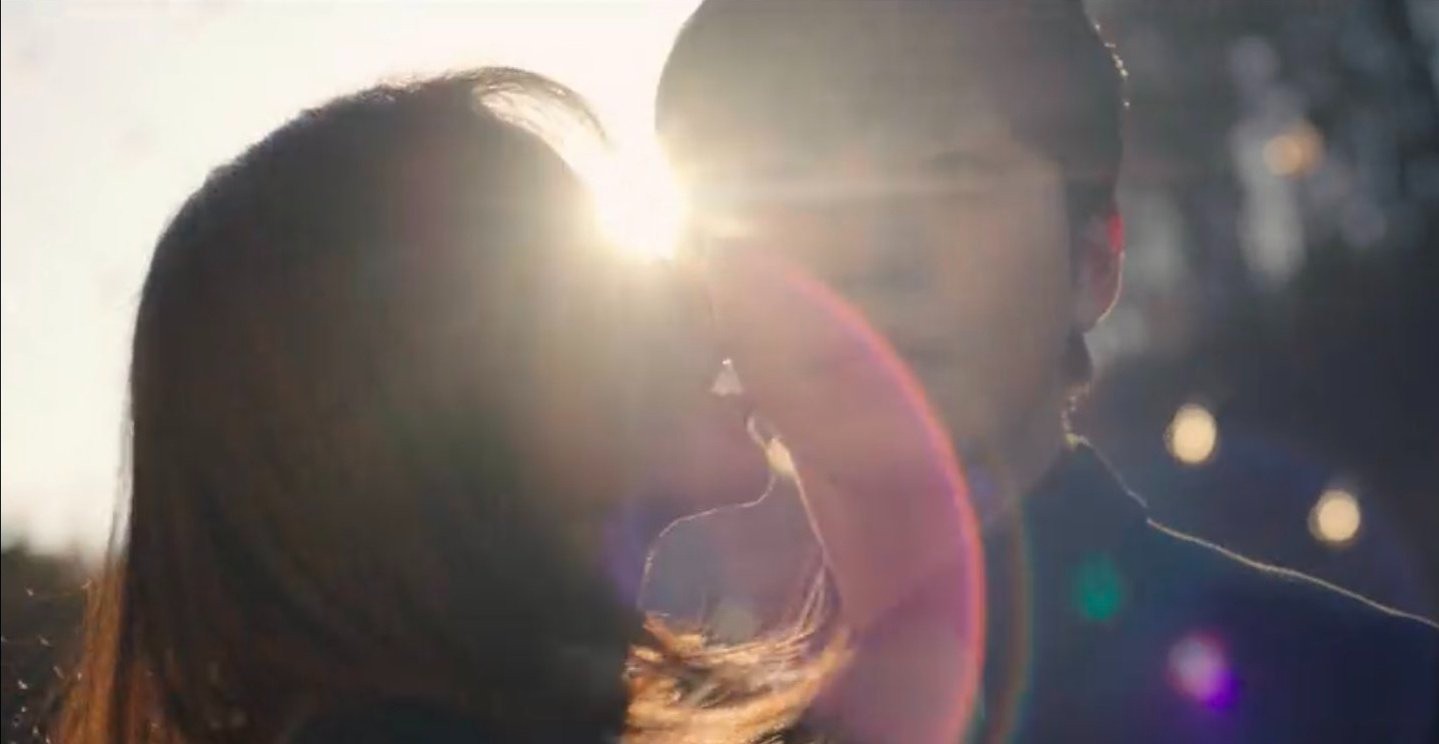 Meanwhile, Chairman Kang, Tae-moo’s grandfather, was furious when he learned that Tae-moo had sent Sung-hoon (Kim Min-gyu) to attend the blind date with Yoo-jung instead of him.

Chairman Kang then puzzled Tae-moo by straightforwardly asking, “Who is the girl you have been dating all this time? I heard you talking on the phone every night”. Chairman Kang continued, “Who is it if she’s not Yoo-jung? Are you seeing Geum-hui again by any chance?”, as he tried to hit Tae-moo, but Tae-moo didn’t say anything.

For Ha-ri, Tae-moo also attended a company dinner with her. He took Ha-ri, who got drunk, to the emergency exit, and asked temptingly, “What happens if you drink more than usual?”.

Ha-ri then told Tae-moo, “Is grandfather really angry? He is, isn’t he? How can I not care? He’s your grandfather. I want to be loved by Tae-moo’s family too.” Hearing this, Tae-moo laughed and said, “Do you know you looked really pretty when you said that just now?”

A brief crisis followed. Hye-ji (Yoon Sang-jung) caught Ha-ri and Tae-moo holding hands under the table and said, “What are you two doing holding hands? They were holding hands just now,” she shouted.