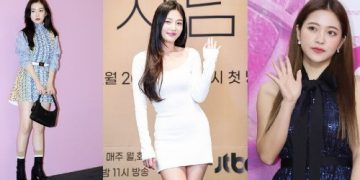 Comments made by Korean airline staff about Red Velvet members’ attitudes are drawing attention.
As reported by Allkpop on March 26th, different Korean YouTube channels recently spread screenshots of comments exposing Red Velvet members’ attitude issues at the airport and on the plane. These comments come from an online community for employees known as “Blind”, where users are required to authenticate their accounts using work emails. Therefore, the comments have a certain level of credibility.

Netizens and Sungjoy shippers react to the news of Red Velvet’s Joy And Crush Confirmed Dating!

Specifically, the 3 members accused of having rude attitudes and celebrity disease are Irene, Joy, and Yeri. A flight attendant of Korean Air wrote: “I was on the same flight with Red Velvet once and Irene, Joy, Yeri were very impolite. They treated flight attendants as if we were their servants. The other 2 members were kind. But I don’t understand why idols, in general, think they’re something special.” 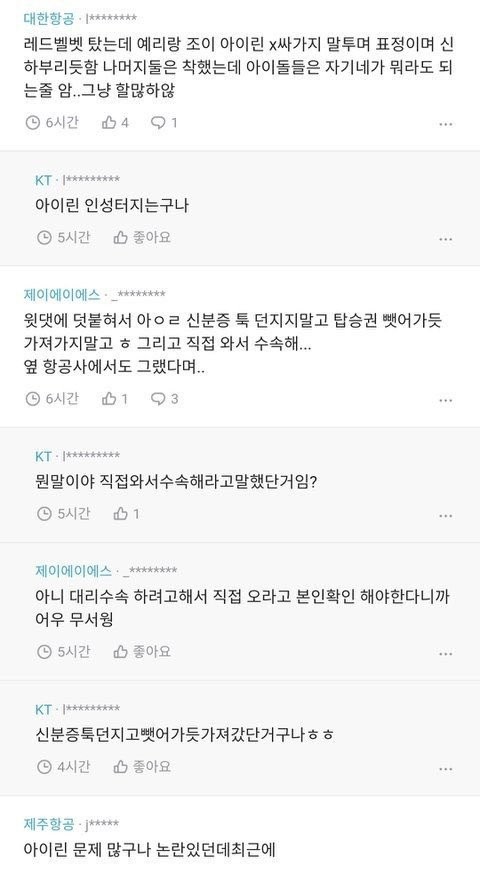 An employee of Jeju Air replied under the above comment and directly called Irene out: “Irene, don’t throw your ID card at the staff or snatch your tickets from their hands. And come to the counter to check-in in person. I heard that you also acted like that on other airlines.” This employee then further explained, “Irene wanted someone else to do the check-in for her. That’s why I said she should personally go to the counter for verification.”

Currently, these comments are causing a stir among netizens and sparking a debate over the off-cam attitudes of Red Velvet members, especially Irene, who was involved in a power trip controversy last year. Many fans and netizens are skeptical about these comments because there is no proof, but there are also netizens who are criticizing Irene, Joy, and Yeri. SM Entertainment has yet to give a response to the allegations made against their artists.