Previously, the Korean press revealed that the couple Hyun Bin – Son Ye Jin would hold a cozy wedding, inviting only friends and relatives to attend.
Only 5 days left, the wedding of the famous couple Hyun Bin – Son Ye Jin will be officially held. Up to now, the public has very little information about the two people’s wedding appearing. Fans are waiting for hot news about the most epic event of the Korean entertainment industry this March.

The iFeng site on the evening of March 26 made fans excited as it revealed a piece of information related to the wedding of the “Crash Landing on You” couple. Accordingly, the entire wedding cost (the venue, decoration, and other services) is estimated at at least 170 million won. Because of the epidemic, the wedding of the two people will be held privately. They will invite only 200 guests (including friends and relatives) and refuse to give interviews to the press. 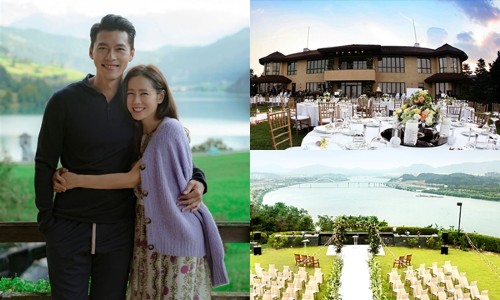 Notably, this number is nothing compared to the wedding costs of Song Hye Kyo and Song Joong Ki. When the Song – Song couple’s wedding was held, the media estimated that this wedding had a total cost of at least 300 million won, including venue rental, decoration, reception, costumes, and rings.

Song – Song couple’s wedding costed about 300 million won
Before that, some information about the guests was also revealed. Accordingly, the screenwriter of “Crash Landing on You” Park Ji Eun confirmed to attend this special event. Besides, actor Jang Dong Gun will take on the role of giving a congratulatory speech at the wedding.

On the other hand, the image of the assembly hall taken at Aston House of the Sheraton Grand Waterhill hotel – where the couple’s wedding will be held has also been revealed. Right from March 21, the wedding stage has been set up, the rows of seats for guests have also been arranged. According to Korean media, the wedding of the famous couple will be held on March 31. 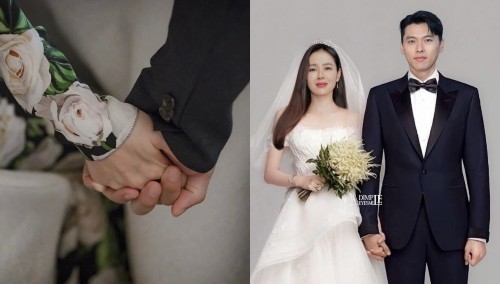