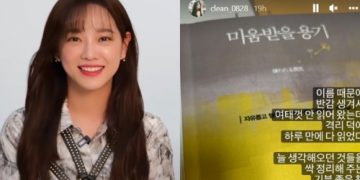 Singer and actress Kim Se-jeong reported her recent status after being tested positive and is currently in quarantine.
On Mar 24th, Kim Se-jeong posted a photo on her Instagram story with a caption saying, “I have not read it so far because I didn’t like the title, but I read it all in 1 day thanks to quarantine.” Kim Se-jeong said, “It’s a pleasant book that organizes everything I’ve always thought about,” adding, “Why haven’t I read it sooner?” 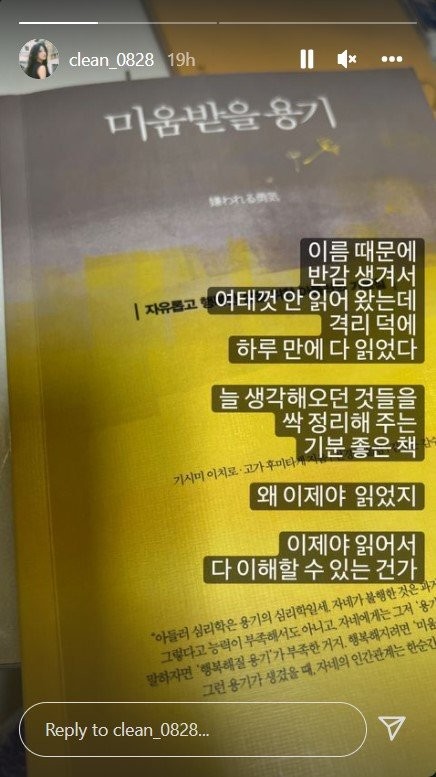 Kim Se-jeong then indirectly expressed her feelings about the malicious comments, adding, “Have I understood everything now that I read the book?”

Earlier on Mar 19th, an article posted screen captures showing Kim Se-jeong’s reaction after being targeted by malicious comments during one of her V LIVE broadcasts in January. 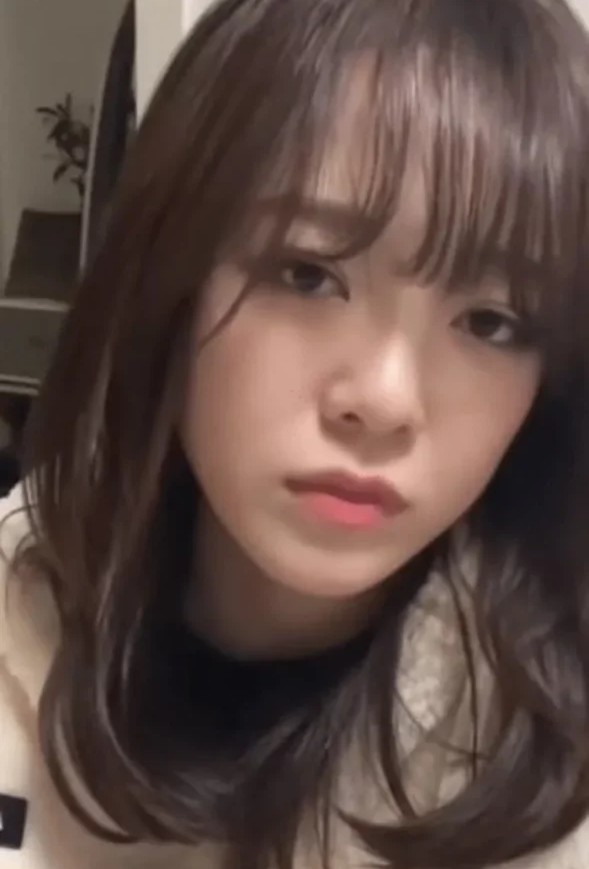 In response, netizens cheered for Kim Se-jeong, saying, “There’s no reason for Se-jeong to be attacked by malicious comment,” “Considering the fact that they watched the whole broadcast just to write malicious comments, that’s true dedication,” and “Let Se-jeong only walk on the flowery path.”

Meanwhile, Kim Se-jeong is appearing in SBS Monday-Tuesday drama “Business Proposal.” In addition, Kim Se-jeong was tested positive on Mar 22nd and has decided to postpone the schedule of her “Se-jeong’s World Diary” fanmeeting which was originally planned for the 26th.