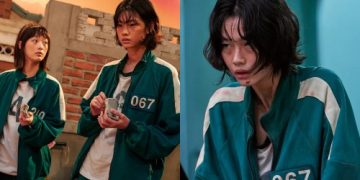 Director Hwang Dong-hyuk of Netflix’s series “Squid Game” talked about Season 2.
According to a report by foreign media Deadline at the red carpet of PGE Awards on March 19th (local time), director Hwang Dong-hyuk mentioned “Squid Game 2”, saying, “There will be more great games, that’s all I can say. I’m still brainstorming and collecting the ideas for Season 2. I haven’t even started with the writing yet”.

‘Squid Game’ Star Wi Ha Joon was caught by fans in Incheon, causing a fever because of his different real-life visuals compared to magazine pictures? 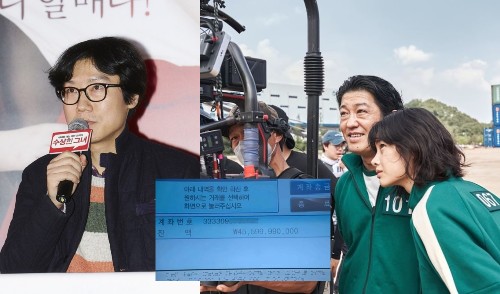 The reporter of Deadline then asked, “Will there be flashbacks? Are those Season 1 characters gone forever? Can we expect to see some cast members coming back somehow?”. Director Hwang Dong-hyuk answered with an awkward laugh, “No, because most of them are dead. I’ll try something to bring them back to Season 2”.

At that time, Jung Ho-Yeon, who played Kang Sae-byeok in Season 1, appeared. Director Hwang Dong-hyuk jokingly said, “Let’s say maybe she has a twin sister, you’ll see”. In response, Jung Ho-yeon smiled and said, “I could change my hair color. Let’s do a little like plastic surgery”.

In addition, director Hwang Dong-hyuk said about the immense popularity of ‘Squid Game’, “Who could have predicted it such a box office hit? Although I worked hard to make a successful work, I had no idea that it would be this successful. I was really surprised,” he said modestly.

Meanwhile, ‘Squid Game’, which was released exclusively through Netflix at the end of September last year, contains the survival story of 456 participants who risked their lives for the 45.6 billion won prize. The production budget of this work was $21.4 million (approximately 25.3 billion won) and the total profit was more than $891.1 million (1.546 trillion won).