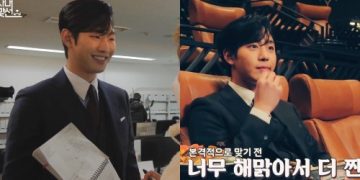 The success of “Business Proposal” is boosting Ahn Hyo Seop’s popularity significantly, but that also comes with controversy.
“Business Proposal” has been generating much buzz on social media in just 3 weeks after its first broadcast. The drama’s male lead, Ahn Hyo Seop has also garnered great attention. CEO Kang Tae Moo, who is rich, handsome, charismatic, cold on the outside but warm on the inside, is stealing the hearts of many viewers and dubbed the next K-drama boyfriend goal. Besides the fun plot, the acting and visuals of Ahn Hyo Seop and other 3 leading cast members are what is considered to be the biggest charm of “Business Proposal”. 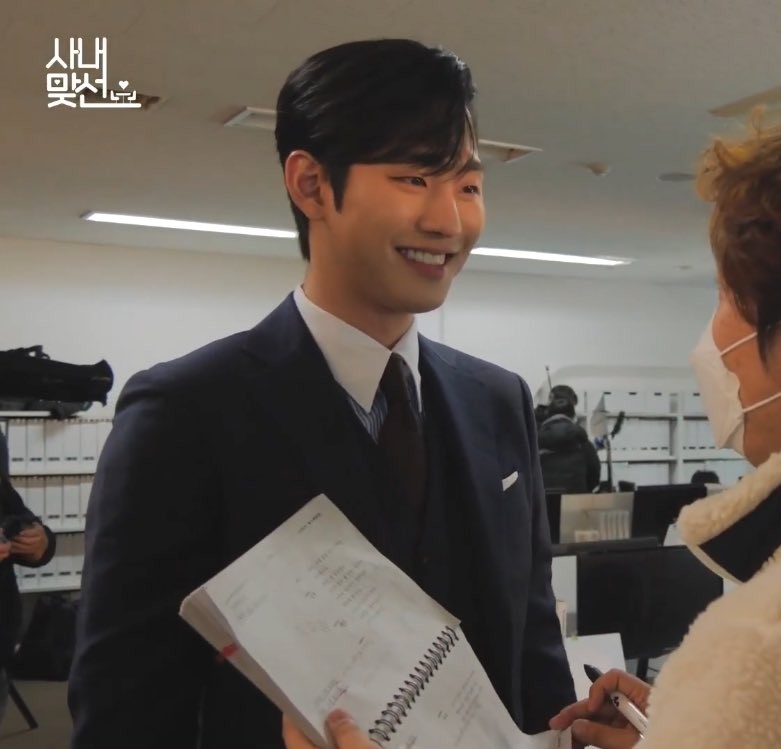 Somebody please save this poor dinosaur. He just wanna date. 😭😂

Although he is loved by the majority of the audience, Ahn Hyo Seop still received a handful of negative comments on his acting. Some reviews posted online suggest that Ahn Hyo Seop‘s acting is overrated, awkward and forced, adding that he failed to exude the powerful and mature aura that Kang Tae Moo is supposed to have, as seen in the original webtoon. Ahn Hyo Seop‘s Kang Tae Moo is said to be more like a “dupe” of Park Seo Joon in What’s Wrong with Secretary Kim?.

Moreover, the fact that Ahn Hyo Seop adjusted his voice to make it deeper and appear to be colder was also commented to be counterproductive and make him sound awkward. A viewer even claimed that Ahn Hyo Seop’s portrayal of Kang Tae Moo is only going viral because viewers are mainly focusing on his handsome visuals, instead of acting. 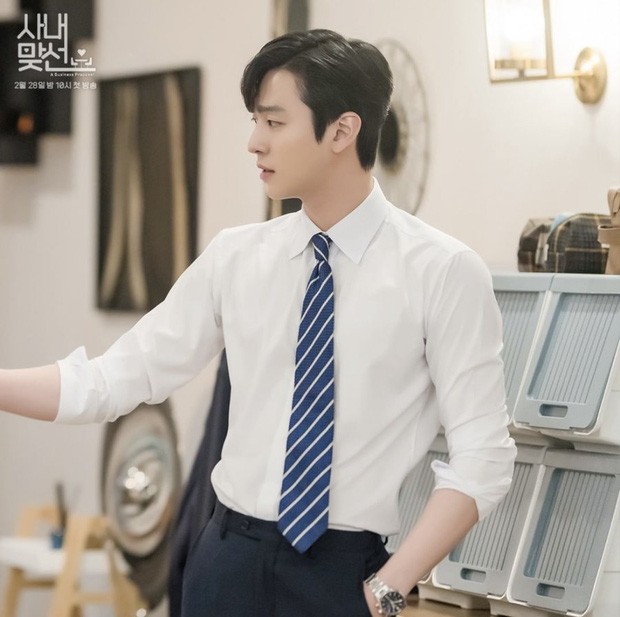 In response to these negative reviews, netizens feel angry for Ahn Hyo Seop. In fact, he is a young actor who has been recognized for his skills thanks to his performance in “Dr Romantic 2” and “Red Sky”, rather than a rookie actor who got lucky and only shot to fame after “Business Proposal”.

– But this drama is supposed to give off positive energy. It’s the kind of drama that helps you relieve stress and feel good, so if you want to delve into acting, you can watch other dramas, why make such a fuss over a lighthearted, entertaining one?
– It’s not just about his visuals. His acting makes me laugh in funny scenes and makes my heart flutter in romantic scenes too. He’s doing a good job. Stop hating on him.
– I find the drama so much fun. If you want to dig deeper into the emotional acting and all that, or want a drama that teaches you something, there are still many others out there for you to choose.
– If you say Ahn Hyo Seop can’t act and only has the looks, you obviously haven’t watched his previous dramas
-It’s an entertaining rom-com for God’s sake. It establishes a different story from the original webtoon though. Is this your first time watching Ahn Hyo Seop act? If you have your own opinion, keep it for yourself. The majority like to watch it and think he’s good at acting.