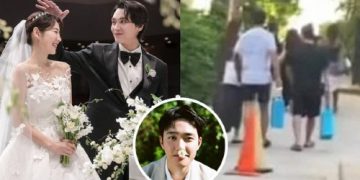 On March 11, Park Shin Hye and Choi Tae Joon were spotted on their honeymoon in Hawaii. EXO’s D.O. and some other friends were also seen with them. The newlywed couple is believed to have arrived in Hawaii a few weeks ago and it seems that the photos Park Shin Hye posted on her Instagram recently were taken during this vacation. Fans are also jokingly wondering what D.O. is doing in Hawaii joining a couple’s honeymoon.