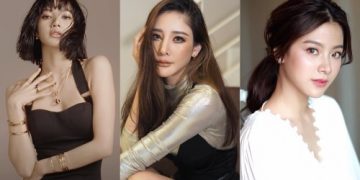 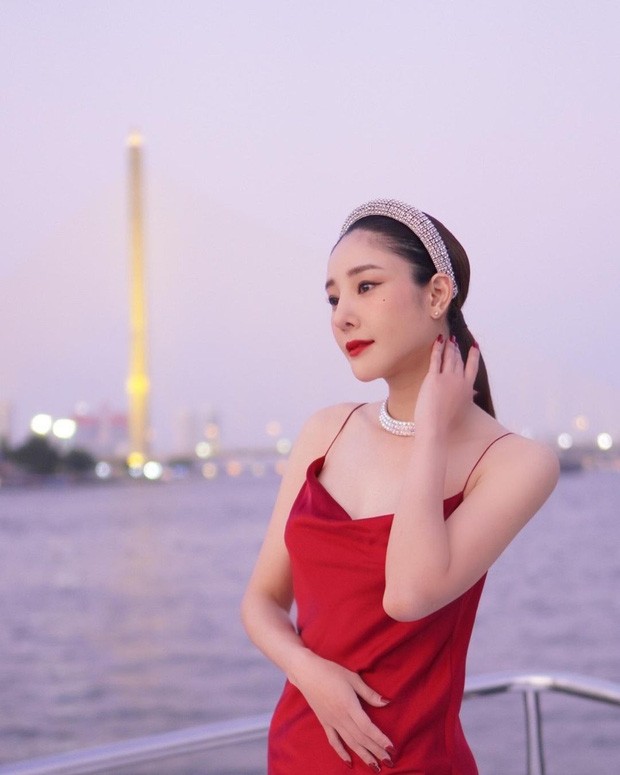 The case of The Leaves actress Tangmo Nida falling into the river to die has more and more twists and turns. Public opinion also changed when Tangmo’s mother wanted nearly 1 million dollars in compensation. This action caused Ms. Panida to be criticized by netizens for being greedy for money and insensitive to her daughter’s death. More and more netizens as well as stars from sympathy and support for Tangmo’s mother turned to “stone” her actions.

At the peak on March 5, the hashtag “Have a mother when ready” suddenly climbed to the top 1 trending Twitter Thailand, the content was to mock the attitude of the actress’s mother. This hashtag is based on the original saying “Have a baby when ready”. In the case of Tangmo Nida, the public all expressed disappointment with her mother, regret for the actress because her relatives only thought of money, and her friends let her sink into the river and passed away.
Twitter users even used the song “Money” by Lisa (BLACKPINK) to mock Tangmo Nida’s mother’s actions. 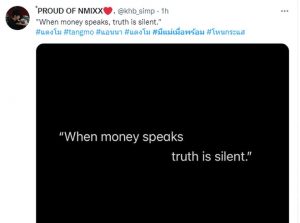 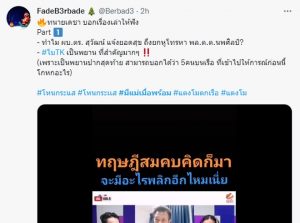 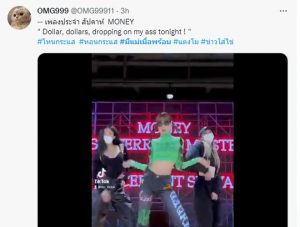 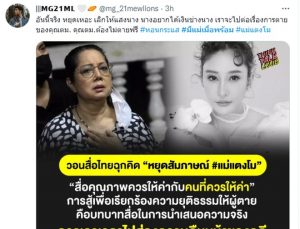 The half-brother of actress The Leaves is also extremely disappointed with Ms. Panida’s statements and actions, to the point of not being able to watch all of the show Hon Krasae she participated in. Tangmo Nida’s older brother wishes to accept the responsibility of a good brother, so that his mother can follow her own path.

He also thanked the media, his sister’s friends, and netizens for their help and help in finding the twists and turns in Tangmo’s case. Even though her mother is like that, this man wants the public to stop blaming her.