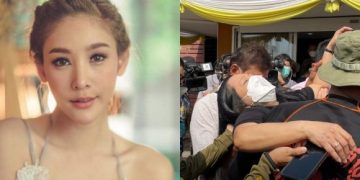 The sudden passing of Tangmo Nida (The Leaves) made relatives, friends and fans inconsolable pain.

On the afternoon of February 26, after 38 hours of non-stop searching, the body of actress Tangmo Nida (Tangmo Pattaratida) was finally found on the Chao Phraya River. No more miracles come to the beauty of The Leaves, now the Thai entertainment industry is engulfed in infinite grief and mourning.

Right this afternoon, the authorities immediately transferred the body of the actress to the Institute of Forensic Research. The actress’s mother went with this bus. When the car stopped at the Research Institute, she tried to suppress the pain to help everyone deal with the procedures. But just a moment later, she choked on tears, then fainted when she saw her daughter’s body lying still in the car.

Tangmo’s biological mother couldn’t walk properly and had to have someone to help her. During the past 2 days, she always prayed for her daughter to return safely. Tangmo’s passing made her biological mother inconsolable 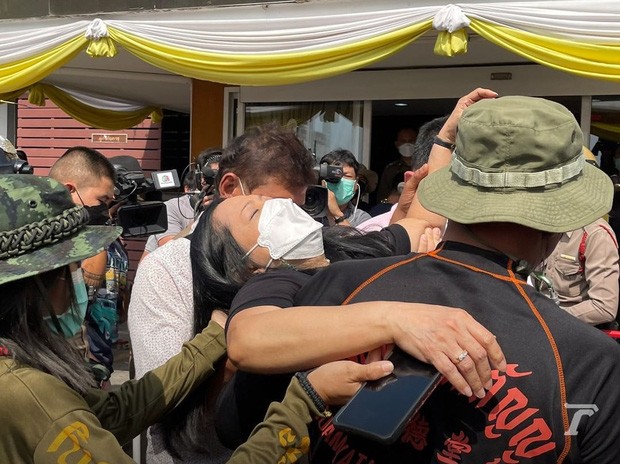 Seeing her daughter’s body, she collapsed and fainted because she was so emotional.
Immediately, Tangmo’s biological mother was carried inside to rest

Currently, there is no information about the time of the funeral for the ill-fated actress.