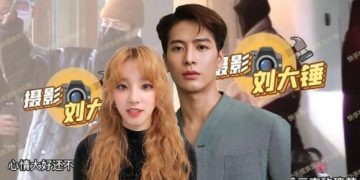 Neither Jackson nor Yuqi have addressed this dating rumor.
PhLast night (February 21), Chinese social media was stirred up by the rumor that a celebrity couple would be exposed to dating. Many famous Chinese stars came under netizens’ suspicion, but earlier today (February 22), the couple revealed to be dating by Chinese bloggers turned out to be a duo of K-pop idols, GOT7’s Jackson and (G)I-DLE’s Yuqi. 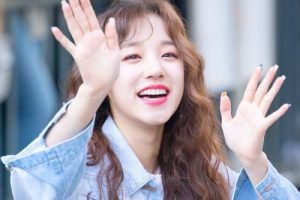 As reported by Sohu, a paparazzi followed Yuqi since she returned to Beijing and checked into a hotel. After that, Jackson’s car was spotted in front of the hotel and picked up Yuqi, taking her to the apartment complex where Jackson was living. The two spent the night at Jackson’s place. The next morning, Jackson’s car returned to the hotel to pick up and take Yuqi’s assistant to the male idol’s place. When Jackson headed to the airport, Yuqi and her assistant went back to the hotel.

Sohu report:
"
gossip media photographed that Song Yuqi had just returned to the hotel and was taken to Jackson Wang's house by his driver. The next morning…full on FB pic.twitter.com/1rOMvuqyzA

Notably, when returning from Jackson’s house to her hotel, Yuqi was holding a bouquet of red roses. Many netizens wonder if the roses were a gift from Jackson to Yuqi.

Currently, both Jackson and Yuqi have not responded to this dating rumor. Jackson was born in 1994. He is the most popular and richest member of GOT7. After leaving JYP, he is currently active in China. Meanwhile, Yuqi was born in 1999. She is a vocalist of (G)-IDLE. Besides, Yuqi’s group – (G)I-DLE has confirmed to make a comeback this March.