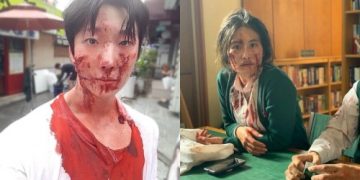 The appearance fee for actors specializing in “zombies acting” has been revealed.
The Feb 21st broadcast of KBS CoolFM’s “Park Myung-soo’s Radio Show” featured actors Nam Sang-woo and Kim Dan-bi, who appeared in Netflix’s original series “All of Us Are Dead“. Both are actors specializing in zombie roles and have appeared in various zombie films such as “Train to Busan” and “Kingdom“.

On this day, Nam Sang-woo said, “I was acting as a person before being cast as a zombie for the first time during ‘Train to Busan’. After that, I kept receiving invitations to play a zombie. The actors in zombie movies often contact each other. It’s almost like a family with zombies I see often.” 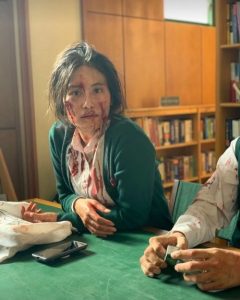 He confessed his grievances about zombie acting, “If you play a role with little makeup, the process of receiving special makeup takes up to 30 minutes to an hour, and if you take on a big one-shot role, the makeup process takes up to about 3 hours. It’s not easy.” The two also shared that there is a high risk of injury. Kim Dan-bi said, “Zombie actors roll around a lot.” Nam Sang-woo added, “It really hurts. Some people go to the hospital with torn palms.”

DJ Park Myung-soo asked about the zombie actors’ acting method. The two revealed, “We don’t think there’s much difference. It’s similar to normal acting.” Park Myung-soo asked, “I heard your pay rate was high during ‘Kingdom‘.” Kim Dan-bi said, “During ‘Kingdom’, my pay was the same, but there were many episodes.” Nam Sang-woo said, “Since there are many episodes, the pay kept going into my bank account like the monthly salary of office workers.” At that time, he was even called by the nickname “Zombie Office Worker”, drawing attention. 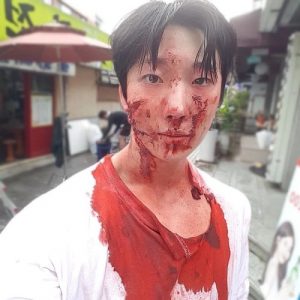 “All Of Us Are Dead” is a series depicting students struggling to survive as the zombie virus spreads inside their high schools.