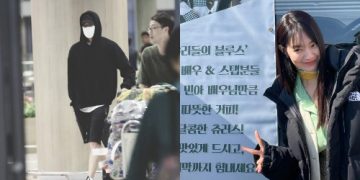 Shin Min Ah and her boyfriend Kim Woo Bin celebrated a special love day together on the set of the movie “Our Blues”.
This is the first time that both heads are busy on Valentine’s Day when working hard with the film crew in Jeju Island.

Additionally, Shin Min-ah posted a photo on her Instagram story on February 18th. The released pictures showed the actress smiling brightly in front of a coffee truck at the filming site of the new drama “Our Blues”. She also thanked those who sent her the coffer truck with some proof shots. 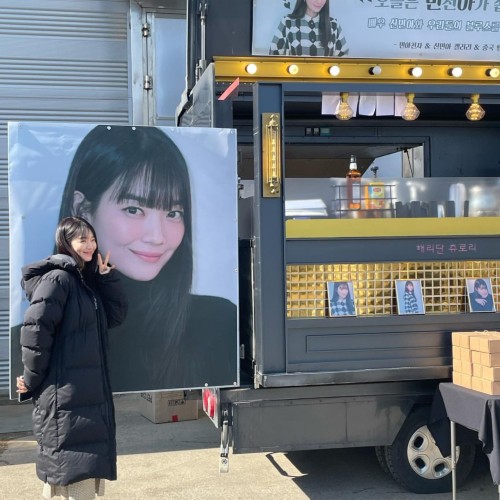 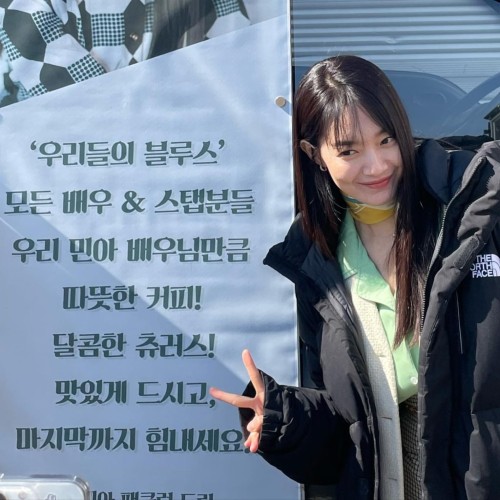 On February 17th, Shin Min-ah also took photos with the coffee truck she received from her fanclub. She wore a bright outfit inside a long padding jacket, raising netizens’ curiosity about her character in the drama.

In “Our Blues”, Shin Min-ah appears as Min Seon-ah, a woman with a story who comes to Jeju Island, and works with Lee Byung-hun’s character. It is said that the actress is trying to transform herself with a deep atmosphere, which is different from the lovely charm she showed in tvN’s “Hometown Cha Cha Cha” last year.

Shin Min-ah’s lover Kim Woo-bin will also star in this drama. He will play Park Jeong-joon, a captain with a clear and warm nature. While looking for a woman who will not leave Jeju, he meets Lee Young-ok (Han Ji-min) and dreams of a beautiful love with her.

“Our Blues” had already received keen attention even before Shin Min-ah and Kim Woo-bin were revealed to appear together in this work. In addition, the drama also raised expectations as it will be a new work by screenwriter Noh Hee-kyung and director Kim Kyu-min. Against the background of the warm and lively Jeju Island as well as the rough sea, “Our Blues” will tell the stories of various characters who have sour, sweet, and bitter life stories and give support to everyone.